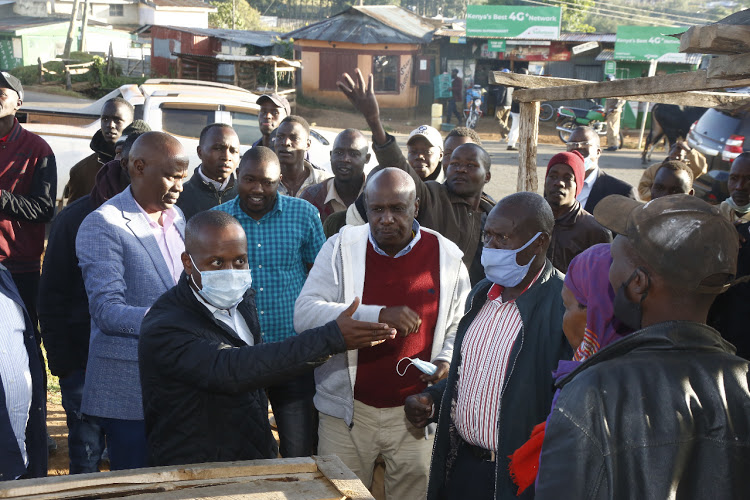 A group of youths in Nandi County, early on the morning of Saturday, January 2, blocked the convoy of Baringo Senator Gideon Moi from driving to Kapsisiywa to visit Talai elders.

According to sources, the youths, who got wind that Moi was planning to visit the village, camped along the road waiting for the senator to show up.

When Moi’s convoy of about four 4×4 vehicles headed to Kapsisiywa arrived, it was confronted by the rowdy youths who had kept vigil forcing the motorcade to stop.

Videos from the scene showed Gideon Moi’s vehicles reversing from the people who were advancing towards them.

The senator, who braved the encounter, tried to address the locals through the roof of the vehicle he was aboard but in vain.

Sources intimated that the youths demanded that the senator “oils their hands” (gives them monetary handouts) for them to give him way.

Gideon had been invited by Talai elders, who are known for performing special rituals and blessing political leaders.

Kindiki’s Mother Heart-Broken After Her Son Misses Out As a Running mate.