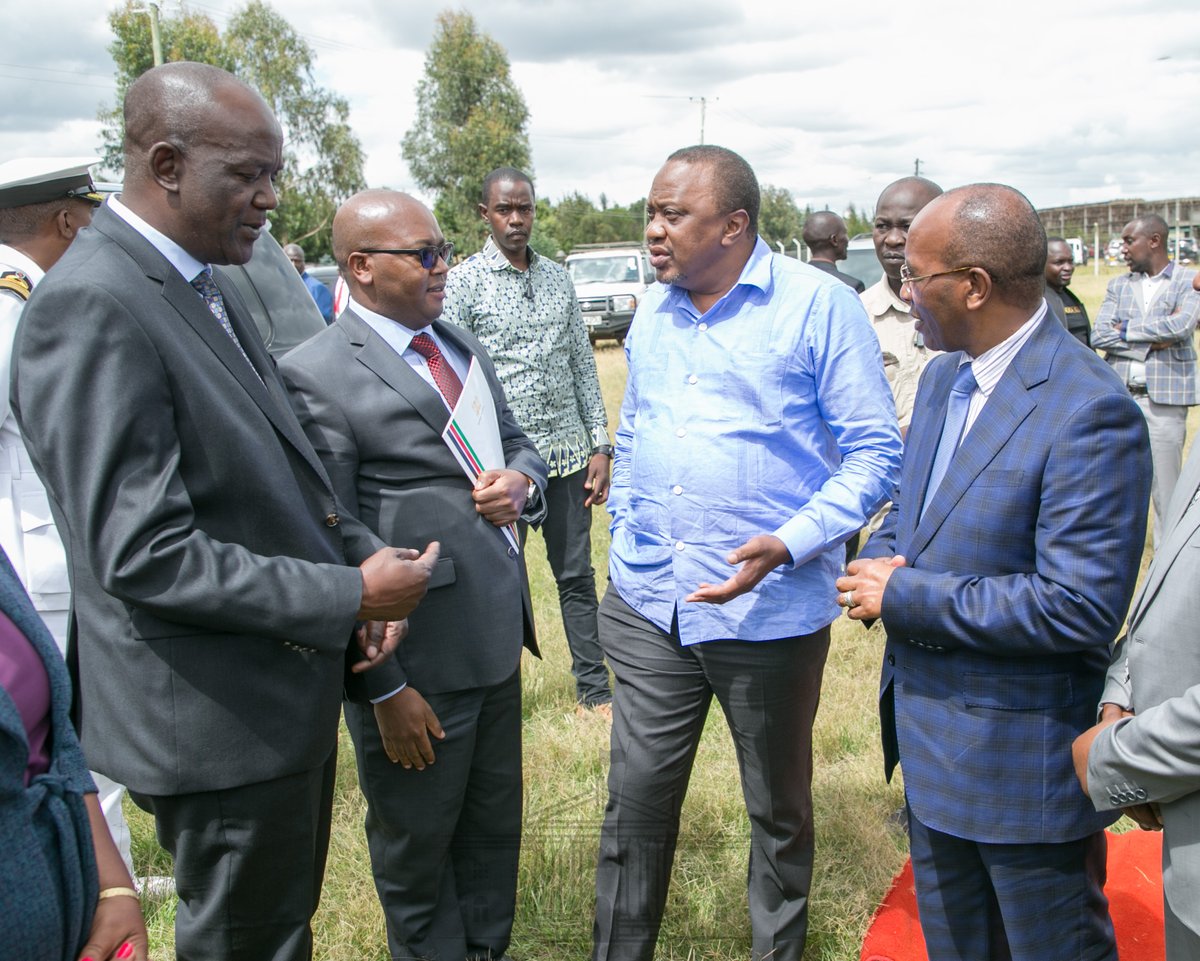 What UHURU did after Somalia cut all diplomatic ties with Kenya.

According to Government Spokesman, retired colonel Cyrus Oguna, Uhuru has reacted by constituting a committee to examine the issues causing rifts between Kenya and Somalia with an aim of solving them diplomatically.

Addressing the media on Tuesday, Col. Oguna lamented the deplorable diplomatic relations between the two countries adding that a lot was at stake.

“There is a committee that has been put in place to be able to look into the issues that are coming between these two neighbouring countries that have a lot of history between the two of them.”

“Once the issues are addressed then the press will be notified,” Oguna said.

Oguna said Kenya and Somalia have enjoyed shared history and fate and it would be regrettable for issues to crop up driving a wedge between them.

“All of us are aware that Kenya and Somalia have a lot of factors that bring us together.”

“We have a historical background, economic ties, and KDF that is in Somalia in helping in searching for peace,” he added.

Restoring peace and accommodating at least 2,000 refugees in the Daadab and Hagadera camps are some of the missions he said Kenya and Somalia jointly conducted, adding the sense of fragility to the matter.

However, he cautioned the move will only be in conformity with the diplomatic principle of “scratch my back I scratch yours.”

Mogadishu cut all the diplomatic ties with Nairobi last night after Uhuru hosted President Muse Bihi of the break-away Somaliland at State House Nairobi on Monday.

Covid-19: Light at the end of the tunnel