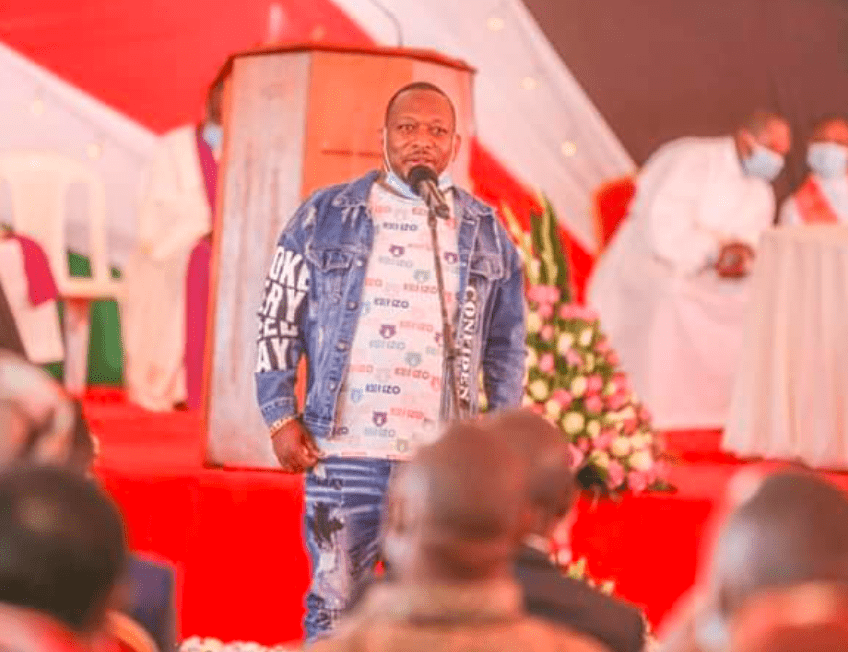 What UHURU and RAILA are planning for the poor KALONZO

Speaking during the burial of the late Machakos Senator, Boniface Kabaka, Sonko said that he had evidence showing how Raila and Uhuru were planning to dupe Kalonzo in the near future.

“Recently during the Msambweni by-election, Jubilee Vice Chairman David Murathe called me and Raila was there.”

“They said Kalonzo should field his own candidate in Msambweni so as to make him busy and take him in circles,” stated Sonko.

He warned Kalonzo that Uhuru and Raila are taking him for granted because they are crooks and conmen who mean no good for the Kamba people.

He noted that the president and the ODM leader were just courting Kalonzo because of the BBI and thereafter will dump him like rotten garbage.

Sonko took the opportunity to tell Kalonzo to join hands with Deputy President William Ruto and help steer Kenya ahead.

SONKO: Senator KABAKA was killed by the ‘deep state’ led by UHURU and KARANJA KIBICHO.