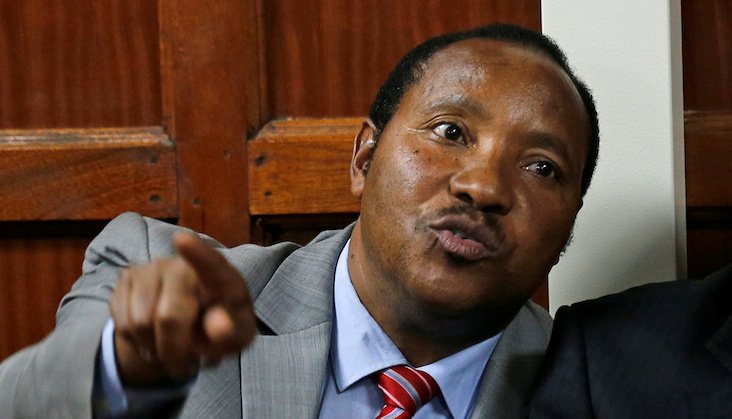 Former Kiambu Governor, Ferdinand Waititu, has sued the Independence Electoral and Boundaries Commission (IEBC) and the Ethics and Anti-Corruption Commission (EACC) for violating his rights by blocking him from vying for Nairobi governorship in the upcoming by-election.

In a petition filed as urgent at the High Court, Waititu, who has expressed his interest in the Nairobi gubernatorial by-election, accused the two commissions of suggesting they will block his candidature.

Through his lawyer John Sakwa, Waititu insisted the law allows him to vie for an elective office despite having been impeached by the Senate, citing articles 193 and 99 in the constitution.

The articles allow a person whose integrity has been questioned, for instance, through an impeachment, to run for office as long as they have not exhausted all avenues in challenging their removal.

“A person is not disqualified under clause (2) unless all possibility of appeal or review of the relevant sentence or decision has been exhausted,” Article 193(3) of the constitution reads.