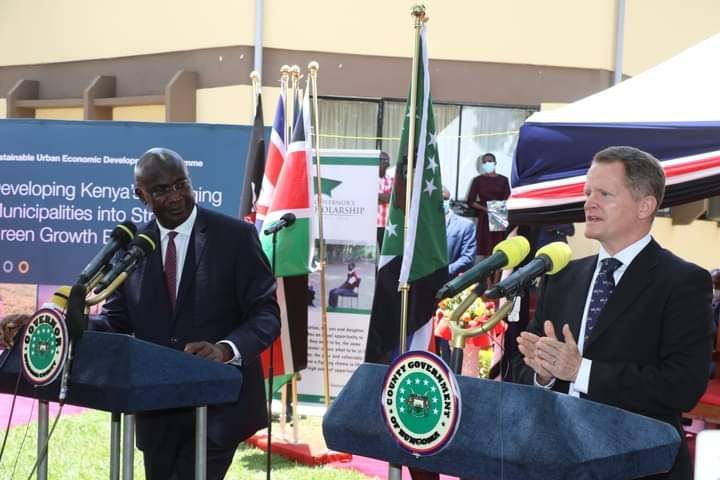 Bungoma County has received has received a Ksh.1 billion grant from the UK goverment for the decongestion of its capital and expansion of critical infrastructure projects.

Bungoma was among 12 Municipalities that bagged a Ksh.1 billion grant in 2019 over a three-year period from the UK under a programme dubbed Sustainable Urban Economic Development (SUED).

Managed through the UK’s Department for International Development (DFID), SUED is a £70 million (Ksh.7.7 billion) five-year programme that will support up to 12 fast growing municipalities in Kenya to plan their urbanization better, improve links with larger markets that were previously inaccessible and prepare for climate-resilient and sustainable growth.

The grant came on the back of a winning proposal on the County’s demonstrated desire to improve its urban infrastructure as part of its plans to attract critical investments, opening up farms to markets and kick-starting high potential value chain projects.

Speaking at the event, Bungoma Governor Wycliffe Wangamati said part of the grant will go towards decongesting Bungoma town and easing movement within the Central Business District.