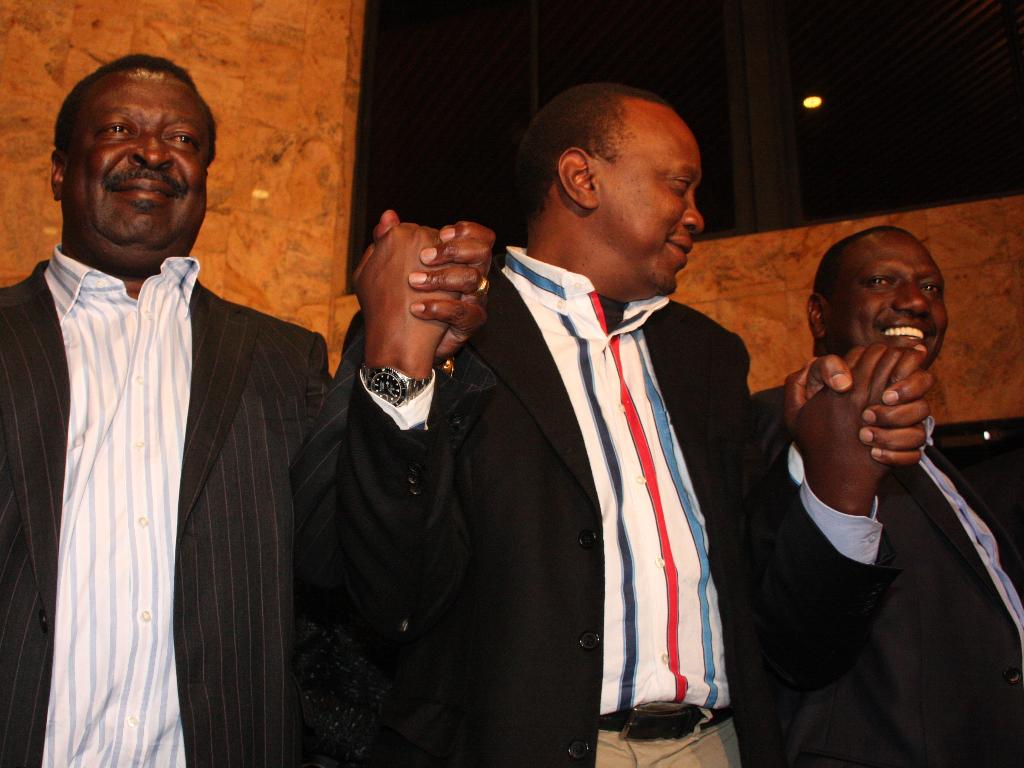 A section of President Uhuru Kenyatta’s inner-circle is quietly pushing   ANC leader Musalia Mudavadi to be his preferred successor, triggering disquiet among bigwigs.

The Star has established some powerful forces around State House are working on an elaborate scheme to make Musalia as the only formidable candidate against Deputy President William Ruto.

However, ODM leader Raila Odinga’s team insists he should be given a final chance to lead the country— for five years — and that his bastions would revolt if he is not on the ballot.

“Who said Raila’s bases would easily embrace another candidate? And what would be the basis of telling a more popular candidate to back the others? Raila will only serve for five years. He should be given a chance,” a close ally of the ODM leader confided to the Star.

Secret meetings involving close allies of the President have been held, including a recent one at Panafric Hotel, to explore the pros and cons of a Mudavadi candidature.

There are fears a Musalia endorsement by Uhuru without Raila’s support would backfire and possibly give Ruto an easy ride to State House.

There has been palpable excitement within Raila’s bases that with his truce with the President, he would finally get the magic backing of ‘the system’ that would propel him to power

President Uhuru has always had a soft spot for Musalia — his co-deputy prime minister in the grand coalition — a man he wanted to endorse for the country’s top job ahead of the 2013 presidential polls at the height of the ICC cases.

Uhuru would later renege on the promise to support Musalia to succeed then retiring President Mwai Kibaki claiming he was “misled by demons” after his Central backyard flatly rejected the pact.

In recent weeks, Musalia has been working closely with Kalonzo Musyoka (Wiper), Gideon Moi (Kanu) and Moses Wetang’ula (Ford Kenya) with the four saying they intend to cobble together a coalition.

Raila’s ODM has been excluded.

Blended Learning; the Good and the Bad

NASA rift broadens, as Malala is whipped by ODM.