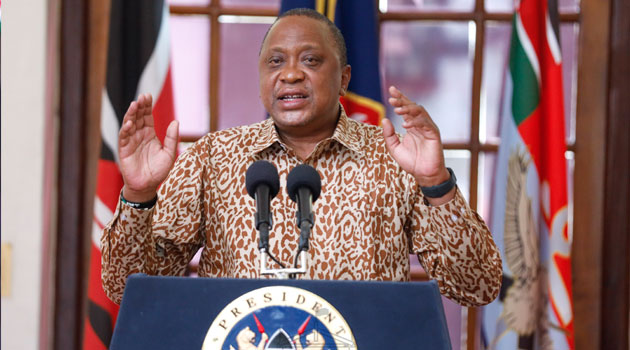 President Uhuru Kenyatta has vowed to restore the reputation of Nairobi City as the world’s ‘Green City in the Sun’.

Speaking in Westland’s suburb where he unveiled a Presidential Declaration on the conservation of the iconic fig tree along Waiyaki Way, Uhuru said the government has started putting up measures to restore the capital’s green fields and conserving natural resources around it as a way of returning the city to where it was.

“We are here today on the eve of Christmas to celebrate, I believe our past, our present and our hopes for the future.”

“Indeed, we had this recognition world over of the ‘green city in the sun’ but unfortunately, over the years we abandoned it and we are here to reaffirm and to declare our commitment as a country and as a people to our environment,” Uhuru stated.

He noted that the iconic tree which was facing the threat of being cut down to pave way for the construction of the Nairobi Expressway will be preserved and protected by Nairobi Metropolitan Services (NMS) as “a beacon of Kenya’s cultural and ecological heritage”.

The president said the iconic tree, which is estimated to be between 125 to 150 years old, connects Kenyans with the country’s past, present and future.

The president’s assurance that the National Government was going to take full charge of Nairobi city operations came barely a week after former governor Mike Sonko was impeached.

Sonko, who was embroiled in endless wrangles with the NMS team led by Major General Mohamed Badi, was seen as a stumbling block to the National Government’s commitment to restoring the city to its past glory.

Increased Fees is to improve services for our students, Says UoN

Doctors Advise Odinga To Take Some Time Off Campaigns