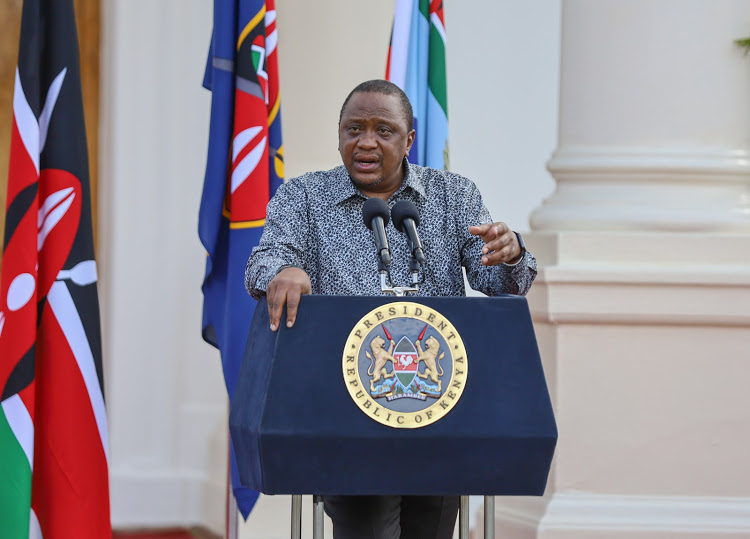 Health workers and President Uhuru Kenyatta are the heroes of 2020 as police and Parliament rated the worst performers.

This even as most Kenyans indict the Jubilee administration’s handling of the economy as they decry the lifting of the Covid 19 tax reliefs by the government.

In a poll released by research firm, Infrotrak, nearly half of Kenyans feel the government‘s performance on handling the global pandemic was average.

According to the polls released on Sunday, health were rated the best performers with a mean score of 76 per cent, followed by the media at 72 per cent, with religious organisations (65 per cent) and the President (63 per cent) coming third and fourth respectively.

It shows that 42 per cent of Kenyans feel health workers were the heroes of 2020, with 12 per cent of the sampled population saying President Uhuru was their hero.

Eleven per cent of Kenyans, according to the poll, feel the Ministry of Health was their hero with 10 per cent saying Deputy President William Ruto was the hero.

And in what could send the government back to the drawing board, nearly two-thirds of Kenyans feel the reversal of the Covid 19 tax reliefs was not well throughout out.

The polls shows that 45 per cent of the population rated police as the worst performers during the year followed by the National Assembly (39 per cent), Senate (35 per cent) and county governments (31 per cent).

The research was conducted between December 27 and 29 last year. Some 800 respondents aged 18 years and above were sampled across 24 counties.

Father Kills His Daughter Under Unclear Circumstances In Murang’a