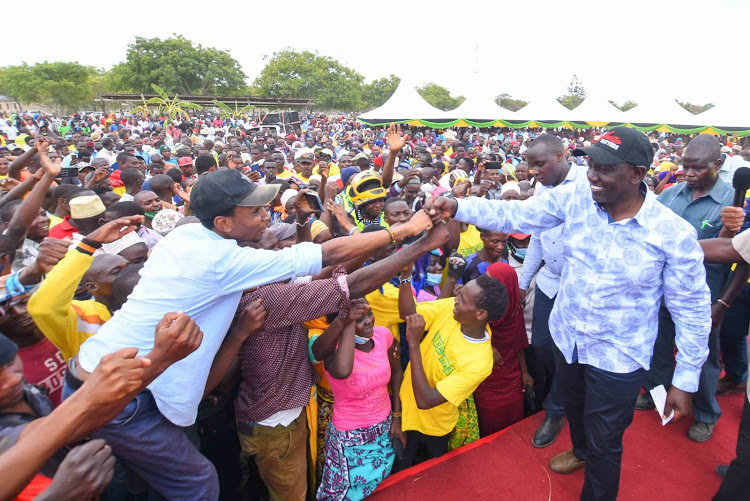 Deputy President William Ruto may have had a successful political tour of the three counties at the Coast at the weekend. However, his remark that appeared to endorse a lawmaker for secretary general of the United Democratic Alliance has left a bitter taste in the mouth among a section of the party’s members. Ruto suggested that a Coast ODM lawmaker is free to be the party’s SG owing to his vast knowledge and educational background. This seems to have been received with mixed reactions from a section of former and current leaders who believe they are better placed to take up the influential position ahead of 2022.

A top valuer at a crucial government department seems to be on a path to self-destruction.  Reason? Corridors is abreast of how the middle-aged man is operating with impunity. He has no ear for any anyone else. The man is said to be frustrating investigators who are seeking information on certain files. He is also said to be scouting for undeveloped idle pieces of land, which he grabs with impunity in the city where he operates. It’s said every time investigations are instituted, he thwarts them, telling sleuths to report him to any office they think of. Where does this man get protection to behave as he does in a public office

Are police harsh on some political leaders when implementing the Covid-19 safety protocols? An MP from the South Rift at the weekend came under the wrath of security offices who disrupted his function. The meeting was devoid of high-octane politics, but the officers are said to have said the legislator should have first sought their permission. The irony, however, is that a government-friendly MP was addressing a huge political rally not far away. “What goes around will come around,” the planners of the disrupted meeting were overheard saying as they cursed the security officers.

A second-term MP from the Mt Kenya region who has been lukewarm in the ongoing succession politics is understood to be about to make a major announcement. The MP is said to be under pressure from supporters to take a clear position and stop playing safe. The legislator has been given until the end of February, failing which the residents have said they will shift their support to a former MP who has started warming up to a political supremo who enjoys massive support in the constituency.