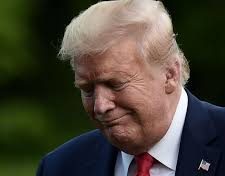 Trump! We Miss You?

Where is former President Donald Trump? The Eccentric business man, turned president, turned Ex-President. Has been missing in action ever since President-elect Joe Biden was projected winner of the US presidential elections. Leaving the whole world waiting for him to concede or wondering what he will do next.

Leaders from all over the world have been singing a congratulatory song to the president-elect. China,Philippine President Rodrigo Duterte, Israeli Prime Minister Benjamin Netanyahu and Saudi Crown Prince Mohammed bin Salman Vladimir Putin and Kim Jong Un aren’t those leaders.

The world has accepted the democratic process, except The Donald and his supporters. Even leaders from the Republican Party have come out to congratulate “old sleepy Joe”.

Former President George W. Bush says “Though we have political differences, I know Joe Biden to be a good man, who has won his opportunity to lead and unify our country.” He also goes on to commend Trump on his incredible achievement. Trump garnering over 70 million votes was described by Bush as, “a hard fought campaign”. Bush also mentioned that “The American people can have confidence that this election was fundamentally fair, its integrity will be upheld, and its outcome is clear.”

So why hasn’t trump conceded defeat? what is the outcome he hopes to get out of such a poor attempt to slow down what the unbeatable ( him moving out of the White House)?  Is it possible that he won’t concede, and does it matter even if he doesn’t? Does he plan to barricade himself in the White House and just wait it all out? Or is he somewhere, alone (but with the secret service of course), isolated, plotting revenge?

Trump hasn’t been completely silent; his twitter fingers still have some fight in them. Donald tweeted; “tens of thousands of votes were illegally received after 8 P.M. on Tuesday, Election Day, totally and easily changing the results in Pennsylvania and certain other razor thin states.”  Without any evidence of course, which prompted tweeter to flag his tweet claiming they are “potentially misleading claims about an election,” says a tweeter spokesperson.

Trump is staying out of the lime light because he is preparing for the next move. Whether if it’s going to court to legally challenge the election results. Which is a really bad idea, unless he has a lot of money to throw away, the reason being that it will be too expensive. Challenging the election results would mean that Trump will have to file a lawsuit in every state that practiced election irregularities.

His other option is to frustrate his successor by leaving the government in shambles. Which isn’t difficult for trump, Covid 19 is thriving already, immigration issues, and let’s not mention how divided the nation is. And to add the cherry on top of the cake, the senate is controlled by the Republican Party. Looks like Biden and Harris have so much on their plate. In fact, I don’t even know why Joe Biden wanted to take over the government at the state it is right now, no wonder his own party, the Democrats, are not in full support of Biden.

For the next four years, trump can return to his family business, golf and tweet some more. Then next presidency, he can run again for president, maybe he will have more luck next time.

How to handle the freedom in campus.

OPINON: No education for your kid if you are a poor Kenyan.