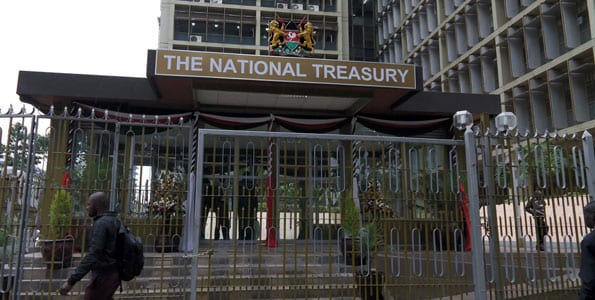 The National Treasury has set its sights on tapping Ksh.75 billion from the local debt market in January 2021.

The Central Bank of Kenya (CBK) which executes local debt raising initiatives on behalf of the exchequer has advertised two bonds including a two year bond from which it seeks Ksh.25 billion.

The larger Ksh.50 billion has been targeted through the issuance of a sixteen year tenured infrastructure bond from which proceeds are specifically channelled to infrastructure projects.

Yields from the bonds are expected to be market dependent based on interest rates priced in by investors participating in the new offers.

The National Treasury has remained active in the local debt market as it takes advantage of the persistent appetite for safe government securities by investors following the advent of the COVID-19 pandemic.

The two new bonds are expected to sell on January 5 and January 19 respectively.

The commencing sale period coincides with the close of Treasury’s December tap sale from which the exchequer sought Ksh.22 billion after a dismal showing in the bonds primary offer.

Investors are likely to go for the new infrastructure bond over the short-timed paper given its tax-free incentive as interest is devoid of withholding tax.

The National Treasury remains on course to meeting its annual domestic borrowing target which set at Ksh.600 billion in net terms by June 30, 2021.

During the first quarter of the 2020/21 fiscal year to September, the Treasury tapped Ksh.152.4 billion from the local borrowing program against a target of Ksh.136.2 billion.