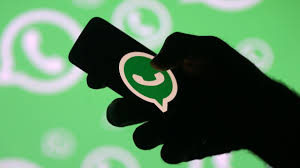 Cyber Crime Law Kenya: The government may soon start asking Kenyans to disclose their SMSes and WhatsApp messages if it suspects that they “breach security”. Failing to make the disclosure will cost users Sh. 1 million fine or a jail term of up to one year.

This is according to proposed Bill that is seeking to amend the Official Secrets Act of 1968. The amendment will now make it compulsory for anyone who owns a mobile phone to provide information on persons and data that the State may want.

“Any person who owns or controls any telecommunications apparatus used for the sending or receipt of any data to or from any place outside Kenya, to produce to the Cabinet Secretary or any person named in the order, the original or transcripts of all such data,” says the Statute Law (Miscellaneous Amendments) Bill 2020. Any person who fails to comply with a request made under sub-section shall be guilty of an offence and liable to a fine not exceeding one million shillings or to imprisonment for a term not exceeding one year, or to both.”

Previously, the State has made attempts at accessing private data and limiting mobile gadgets in the country. For instance, The Communications Authority of Kenya (CA), has previously lobbied to have Safaricom, Airtel and Telkom Kenya to install a Data Management System (DMS) that would monitor mobile phones in the country. Cyber Crime Law Kenya.