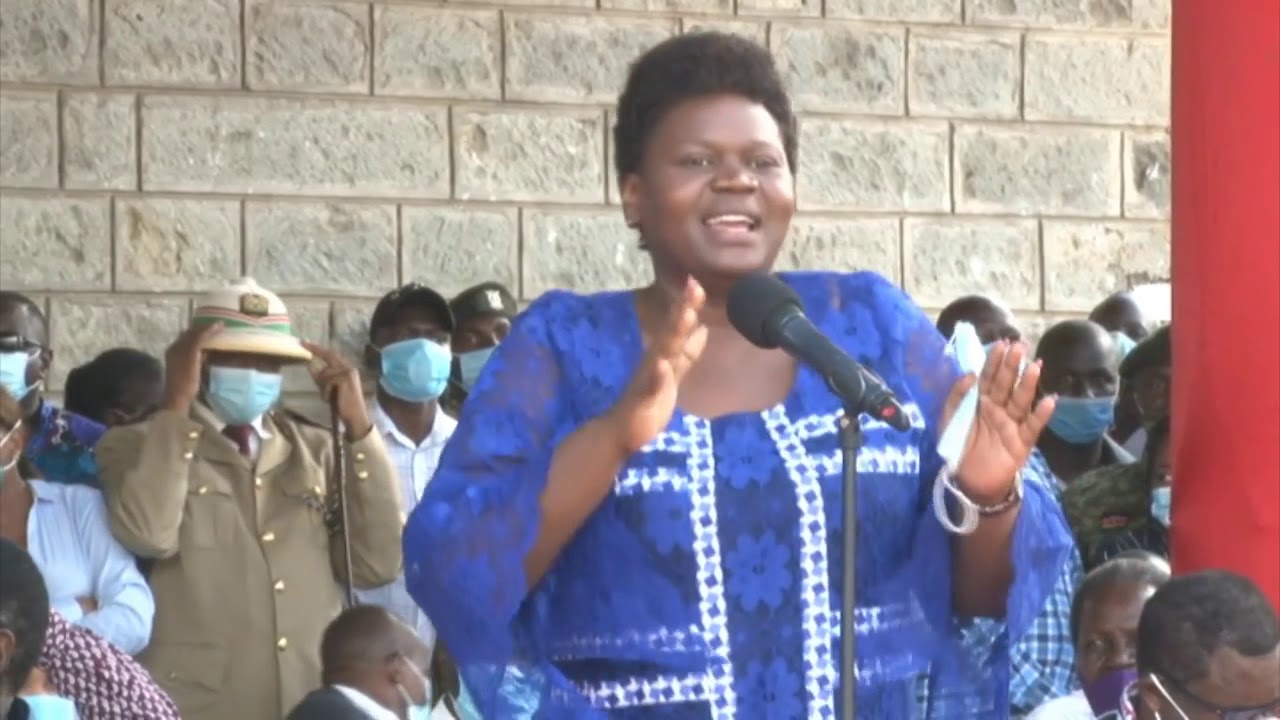 Political fever in the County of Homa Bay are heating up quite considerably with aspirants doing what they do best to catch the eye of voters. Already close to 11 aspirants have shown interest to take over from the outgoing Governor, HE Cyprian Awiti.

The competition has gotten so stiff that that various aspirants have lined up bloggers who push their agenda in the online spaces. This has not gotten down well with Homa Bay County Woman Representative Hon. Gladys Wanga who is also eyeing the gubernatorial seat. It is said that she has complained about certain opponents coming from the Rachuonyo block who have hired bloggers to name-call, insult and troll others in the race. ‘Apart from one being a politician, they also have families,relatives and colleagues. It’d be unfair insulting a leader who has taken the courage to provide solution for the myriads of challenges facing our people’. She said.

Among the aspirants who’ve been on the receiving end from the jabs thrown by these bloggers is the 33-year old tycoon and son of Ndhiwa and Businessman Jared Otieno, County Secretary Isaiah Ogwe and Hon. Gladys Wanga. While talking to members of her campaign team who sought anonymity, they singled out 4 bloggers from Rachuonyo who have been under a payroll of about kshs 2,427 every week with instructions to bully, troll and malign certain aspirants who come from areas they despise apart from the Rachuonyo areas. ‘Some of these kids are being sent to abuse even Jared Kiasa who previously really helped almost all politicians in the county with funds for campaigns and do harambees. Since Jared stopped giving money to us, even the many harambees we used to have stopped’. They said.

Ndhiwa being the single most populous constituency have only Jared Otieno as their candidate and they’ve swore not to go for anything else apart govenror as agreed in 2013 when they supported Karachuonyo.

So far, Businessman Jared Otieno Kiasa is working on a soccer and netball games across the 40 wards within the county where the winner in each category will bag cash money of Kshs 800,000, second positions get kshs 400,000 and third place gets kshs 150,000. He has also invited coaches and team officials from Turkey, Tanzania, Congo amd South Africa to attend the finals and pick best players to be considered for adoption across these teams out of the country.

CS Isaiah Ogwe is said to have put his people on a payroll at every town centre who push his agenda day in, day out. Mbadi, Magwanga and Koriko are hoping to be given the ODM ticket as Wanga majors on her BBI activities across the country. Only time will tell who clinches the bragging rights.

Don’t Call Me ‘Kamwana’ Again: Uhuru Pleads With The Public.

Uhuru, Raila Training me to Succeed Them – Matiang’i