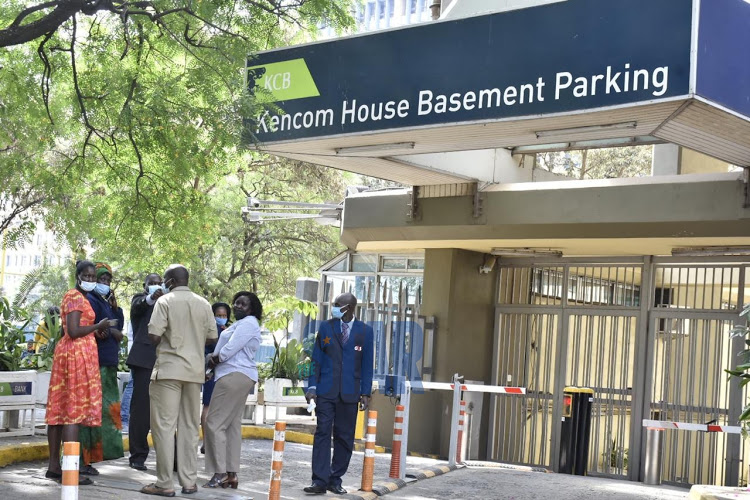 The case was reported at Central Police Station under OB/22/102020.

In a statement, KCB said, “A customer at our KCB Advantage Branch, Moi Avenue, Nairobi, collapsed and died this afternoon during a visit to the branch.

“The incident was reported to the police and they took over the matter. We condole and stand with the family during this difficult time.”

KCB said as a result of this, the Advantage Centre will be temporarily closed.

“We encourage our customers to visit our other Advantage Centres or use alternative banking touch-points such as cash recyclers, ATMs, cash deposit machines, Mobi, KCB M-Pesa, Vooma and internet banking.”

A man wearing a hazmat suit was seen fumigating the bank’s entrance. A hearse later arrived at the parking lot to collect the body as people believed to be his relations entered the bank.

The body was taken to Lee Funeral Home.

We’ve Not Run Out Of Leadership Skills To The Point Of Backing An Opposition Candidate In 2022, DP Ruto Says