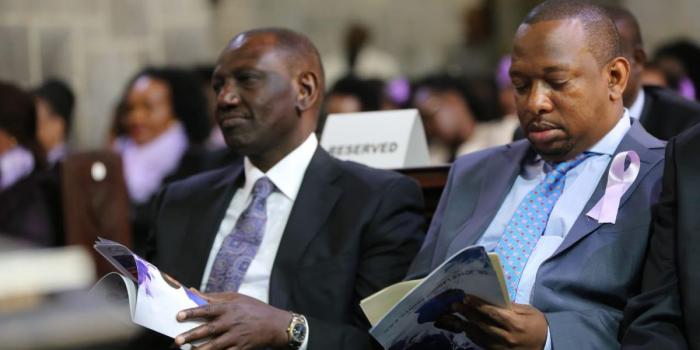 Former Nairobi Governor, Mike Mbuvi Sonko, accused President Uhuru Kenyatta of abandoning him and ultimately kicking him out of the Nairobi Gubernatorial position.

Sonko made the remarks yesterday during Feisal Bader’s homecoming in Msambweni, Kwale County, where Deputy President William Ruto was present.

He faulted the Head of State for also abandoning close political allies who had campaigned for him.

“He has turned on everyone including Aden Duale, Kipchumba Murkomen, Susan Kihika and he also betrayed me, a close friend and brother,” Sonko stated.

This was not the first time Mike Sonko made daring and unsubstantiated remarks while addressing a crowd.

Recently, during the burial of Machakos senator, Boniface Kabaka, Sonko alleged that the Senator did not die of unprescribed medications as reports indicated but was murdered by people close to Uhuru for fighting for the land rights of his people.

“Before his death, Kabaka was vocal about a piece of land that some individuals wanted to grab …We know what you did and I want to tell other leaders that if they continue to keep silent about such matters, they will be next,” Sonko claimed.

MOSES KURIA predicts the collapse of handshake and the possible effects

Ford Kenya announces to exit from NASA coalition to join one Kenya Alliance.