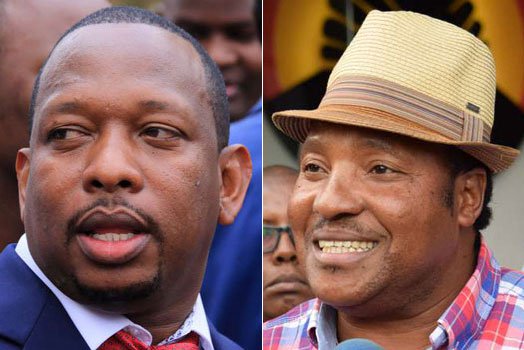 SONKO and WAITITU as it emerges they may never hold any public office again.

Impeached Nairobi Governor Mike Sonko and his Kiambu counterpart Ferdinand Waititu may never hold any public office for the rest of their lives.

Several County Assembly Speakers also face similar fate after they were kicked out office in a similar fashion for abuse of office.

According to lawyers, Chapter Six of the Constitution on Leadership and Integrity makes it clear that state officers removed for abuse of office are barred from holding any other state office.

“People take some of these constitutional processes for granted.”

However, the trick is the enforcement of these rules lies squarely on the Independent Electoral and Boundaries Commission (IEBC) and the Ethics and Anti-Corruption Commission (EACC) which have failed spectacularly in their mandate.

Man Who Threatened To Cut Another To Pieces Arrested