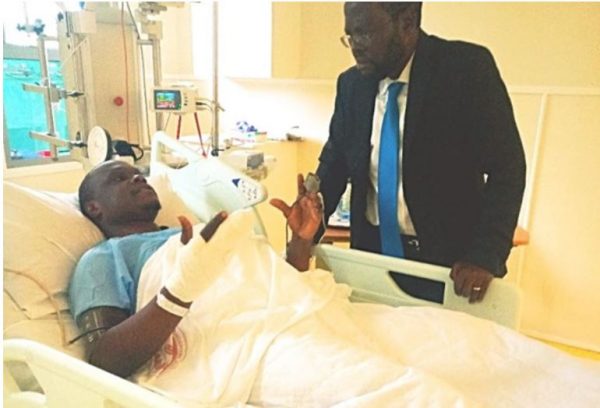 The Norman Magaya story is sad! From late 2012 to early 2013, we were junior researchers at the Raila Odinga Presidential Campaign Secretariat, and Norman was one of us, in fact, our team leader and a close personal friend. But when Raila lost the April 2013 elections, The Hub (then called) was dispersed, although Raila later convened us for thanksgiving and appreciation for the hard work. But politics doesn’t end with the conclusion of elections since the next cycle starts immediately.

So Norman was appointed CORD CEO, to everyone’s surprise, and we were happy and convened to celebrate at Raila’s Upper Hill office. But many speakers at the event, myself included, warned Norman about the murky ODM politics, and especially around access to Raila—and the reasons were clear. Just around that time, a publicity-shy but very resourceful Raila operative, the one who nurtured and recruited us (someone I respect and cherish to date), had been nearly murdered outside his residence.

There is the murky Kenyan politics, yes, but there is also the dirtier politics around access to Raila, ODM and the attendant resources. Bad news!

So when I learnt that Norman, then NASA CEO, fell ill of suspected poisoning (officially they mention a heart attack) on the night of the tallying of the 2017 presidential results at Bomas, it was not surprising yet still very disturbing. IEBC’s David Msando or Baby Pendo were not the only tragedies of the 2017 Kenyan presidential election—Norman Magaya is one of the living casualties of that process. Yes, if you look up that poem by J. P. Clark, “the casualties are not only those who are dead”.

But why is Norman a longer-term casualty? He got exposed to high voltage Kenyan politics before properly getting insulated economically. Most people around Raila and ODM are super-wealthy and thus have fall-back plans, but Norman did not, although he was making good progress. And his disturbing tweets last night are a testament to that fact; because of his poor health, he spends Ksh.100k monthly on medication, has two school-going toddler twin-daughters who need fees, has a huge rent bill because his physical security needs warrant staying in a safer neighbourhood—yet all these financial demands against a background of economic uncertainty?

The best thing the Raila Secretariat could do is secure Norman a proper job, like that EALA MP post he lost to Oburu Odinga, so he can provide for himself and young family without being at the mercy of the turbulent ODM coffers, while also guaranteeing his physical security, as MPs have bodyguards, so he won’t have to live beyond his means in the leafy Runda Estate. Norman can be assisted, I believe, even by safe relocation outside Kenya.

Could it be hiatal hernia?

THE BUSINESS OF SELLING “LOVE”.