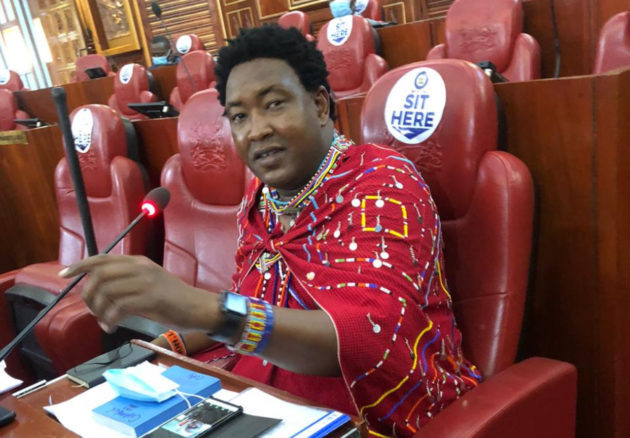 Narok Senator, Ledama Ole Kina, who was elected on the Orange Democratic Movement (ODM) party in the 2017 General Election, has said he is no longer comfortable with being an Orange man.

According to Kieleweke blogger, Pius Kinuthia, Ole Kina, over the weekend, told former Independent Electoral and Boundaries Commission (IEBC) commissioner, Davis Chirchir, that his heart is no longer in ODM.

“Narok senator Ledama Ole Kina will decamp from the ODM Party. The man told Davis Chirchir in a meeting huko Kilimani that his heart is no longer in the Orange Democratic Movement. He said he wants to gauge the reactions of his constituents in Narok by attacking ODM in his rants,” Kinuthia tweeted.

Ole Kina’s dumping of ODM will be a huge blow to ODM Party leader Raila Odinga’s presidential ambitions in 2022 since he is a very influential leader in the larger Maasai community.

Luhyas Are Only Known For Being Watchmen And Cooks, Says Atwoli