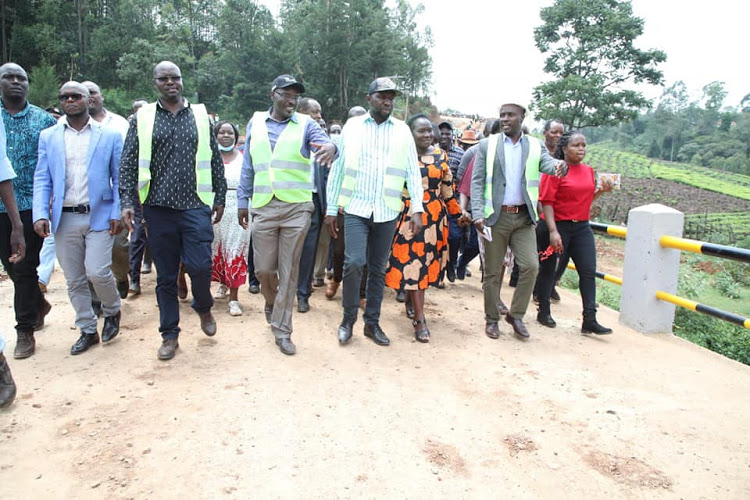 Some allies of Deputy President William Ruto have told President Uhuru Kenyatta to refrain from 2022 succession talk because voters have the ultimate say.

On Friday, Uhuru dared his critics in government to leave rather than praise or criticise it whenever it is politically convenient.

The President said he would not hand over the seat of power to people he termed as thieves.

The President should only focus on safeguarding his legacy, the lawmakers said.

“Kenyans are free to elect who becomes the next president and the sitting president has no powers at all to vet who succeeds him,” Murkomen said.

He wondered why Uhuru was now “campaigning and speaking in anger” as he approached retirement yet former President Mwai Kibaki did not endorse anyone.

“If you a see a president who is almost retiring but talking and fighting those following him in such a tone then you know there is a big problem in this country. Where does he get the legitimacy to attack?” Murkomen asked.

The lawmakers spoke during the commissioning of the Sh45 million Joyce Laboso Muriasi bridge at Konoin in Bomet on Friday.

The senators warned Jubilee Party secretary-general Raphael Tuju against disciplining ward representative who oppose the Constitutional Amendment Bill before them.

“We have filed those letters summoning the MCAs so that we use them in court. We are going to tell the judges that the proponents of BBI want it to pass by force and intimidation,” he said.

Ng’eno and Lang’at both said it is the Constitution that determines who becomes the next president and not the incumbent.

Ng’eno cited the case of the recent US presidential race where former President Donald Trump was ‘ejected’ despite his strong resistance.

“We are issuing a warning to those claiming they are not going to hand over… Let us not take this country back to anarchy; let us follow the Constitution. The people will make the decision,” Ngeno said.

Barchok said the BBI document was riddled with lies and that some individuals were insincere about it but had duped the President.

Others present during the event were MCAs Robert Serbai, Charles Lang’at and Clara Korir. They said they shall not be dictated into passing or rejecting the Bill.

Disorganized ODM Consolidating themselves after a near fall out.