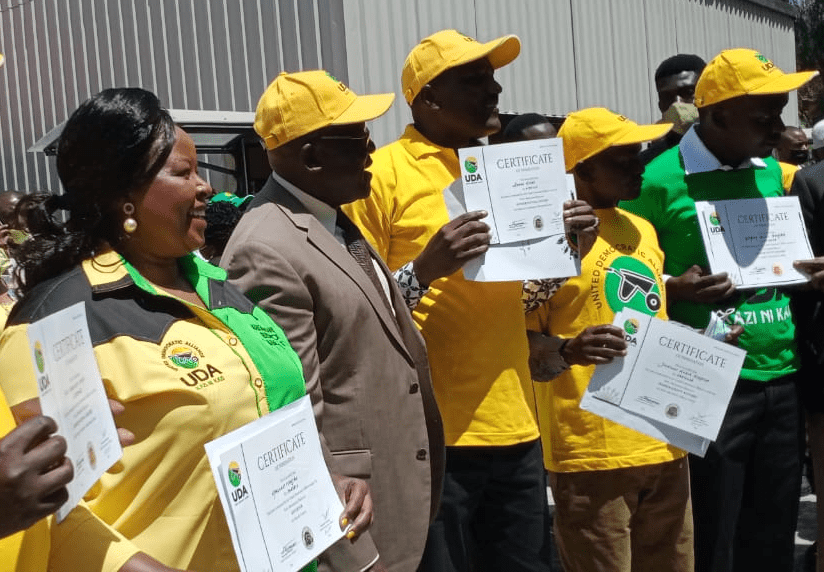 Speaking yesterday during the unveiling of former Starehe MP Margaret Wanjiru as the UDA candidate for the Nairobi gubernatorial by-election, Murkomen invited the Uhuru-led faction to the by-election duel which according to him, was simply a contest pitting Jubilee against itself.

He assured the President and his handshake buddy that Ruto’s candidate, Bishop Margaret Wanjiru, will floor them just like in Msambweni in the just concluded by-election.

“We don’t fear competition, we win or lose, that’s part of democracy.”

“We have a candidate in Margaret Wanjiru.”

“We want to tell our friends who are members of the Jubilee party to come out and compete,” stated Murkomen.

This comes even as the court has suspended the Nairobi by-election until a petition filed by former Governor Mike Sonko is heard and determined.

The UDA Party was registered about one week ago to replace the Party for Development and Reforms.

It opted to have a wheelbarrow to replace a bull as the party’s new symbol.