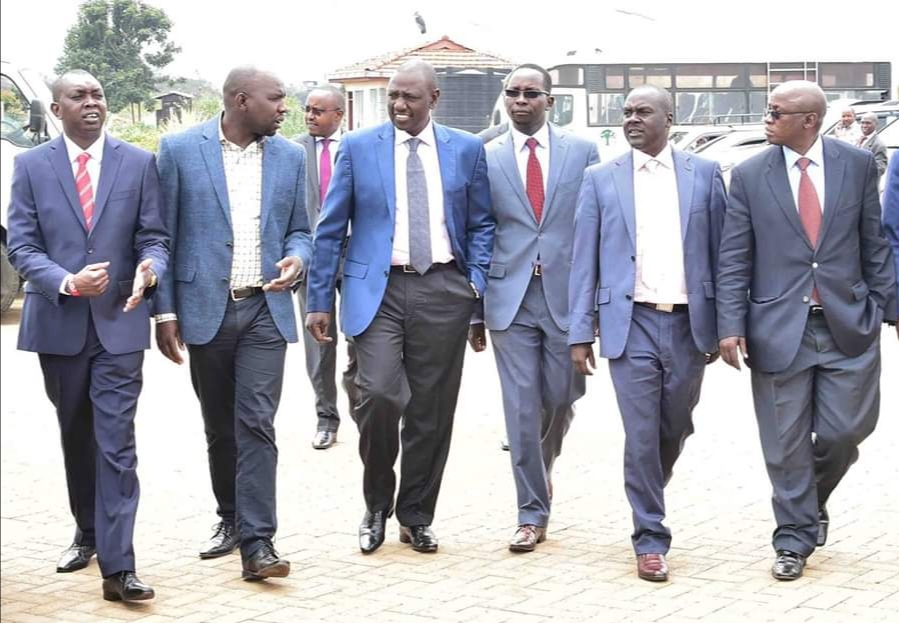 Deputy President William Ruto is planning to ditch President Uhuru Kenyatta’s Jubilee together with his allies.

This was confirmed by Elgeyo Marakwet Senator, Kipchumba Murkomen, who said they will be moving to United Democratic Alliance (UDA).

According to Murkomen, a trusted member of the Ruto team, the relationship between Tanga Tanga and Kieleweke faction had become untenable thus the solution was to cut ties.

“As members of Jubilee, we are ready to move to another room known as UDA, and I’m asking the chairperson to provide us with the bedding.”

“We are telling the eight million Jubilee supporters that in your father’s house there are many rooms one being UDA,” he said.

Speaking at the unveiling of former MP Margaret Wanjiru as the UDA candidate for the Nairobi gubernatorial by-election yesterday, Murkomen wondered why some Jubilee members, especially those allied to President Uhuru Kenyatta, were getting jittery over the new outfit.

He insisted there was nothing strange in working with the UDA Party saying the new outfit had a coalition agreement with Jubilee, unlike ODM which hijacked the ruling party.

2Mbili Claims He Sold His Kidney For Ksh200 Million