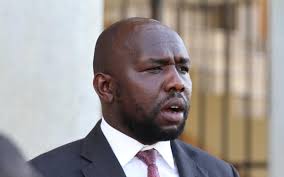 Deputy President William Ruto’s camp was forced to shelve its plan to operationalise his command centre — Jubilee Asili — after the owner of the building reportedly asked them to leave.

Allies of the DP wanted Jubilee Asili Centre in Kilimani, Nairobi, to act as the DP’s 2022 presidential campaigns nerve centre.

Isolated in government and the ruling Jubilee Party, Dr Ruto is now trying to retreat to what his strategists call ‘safe zones.’

The Sunday Nation established that the DP’s team wanted the office on Makindi Road to fill the gap created by their lack of access to the Jubilee headquarters in Pangani.

A spot check by the Adolph Media yesterday established that the Jubilee Asili Centre was desolate with no activity at in the recent past.

At the gate, there was not security guard and even the Jubilee Asili banner had been removed. The guard’s room was full of dust.

Inside the compound, there was a Hyundai car packed, some tiles lying on the left side of the compound and chairs left unattended.

Dr Ruto’s attempt recently to use Jubilee Party headquarters, where he looked forward to meeting top party officials, flopped after he failed to meet the party’s secretary general Raphael Tuju and top other officials in the office.

Arrest of justices Said Chitembwe and Aggrey Muchelule is political.