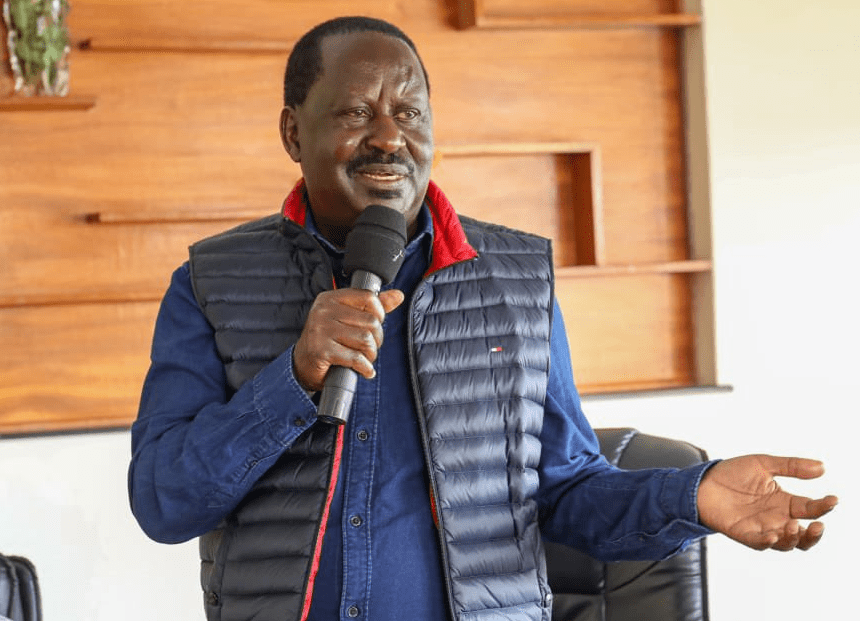 ODM leader Raila Odinga has laughed off the threats by ‘Tanga Tanga’ MPs who recently wrote to President Uhuru Kenyatta to inform him that they are not ready to market Mr. Odinga in Central Kenya.

In a retort, the former Prime Minister said no one had given the MPs the marketing gig, insisting that he does not need their support if he needs to endear himself to the region.

Mr. Odinga stated that he has access to Central Kenya because it is part of his country and nobody will stop him from going there if he wants to go and market himself.

“No one asked them to market Raila in Central Kenya, if Raila wants to market himself in Central, he does not need them to do that,” He said.

The ODM leader, who spoke to journalists after attending the burial of his former classmate the late Jushua Ogendi at Nyakasumbi village in Bondo sub-county, condemned the emerging cases of political intolerance in the country noting that those are some of the things that BBI is seeking to do away with.

Speaking in reference to the spate of violence which have been witnessed during campaign rallies in the recent days, stated that it is very unfortunate that it is the same people who are also talking about bulkanizing the country.

On the issue of the BBI, the ODM leader called on the 47 County Assemblies across the country to ignore the propaganda that is being peddled by a few disgruntled elements and pass it as quickly as possible.

He was flanked by his elder brother who is also a member of the East African Legislative Assembly (EALA) Dr. Oburu Oginga who welcomed President Uhuru Kenyatta’s remarks in Sagana that he has not said that he will not support his Deputy William Ruto.

Dr. Oburu stated that that it was in order because BBI was not meant for President Uhuru Kenyatta to support Mr. Odinga’s quest for the presidency, noting that Mr. Odinga is capable of fighting to be president and any decision by Uhuru to support him will only be an added advantage though not mandatory.

Shock In Kapenguria As Man Walks Into His Own Funeral

DP Ruto Now Compares Self To Jesus As He Tours Kiambu