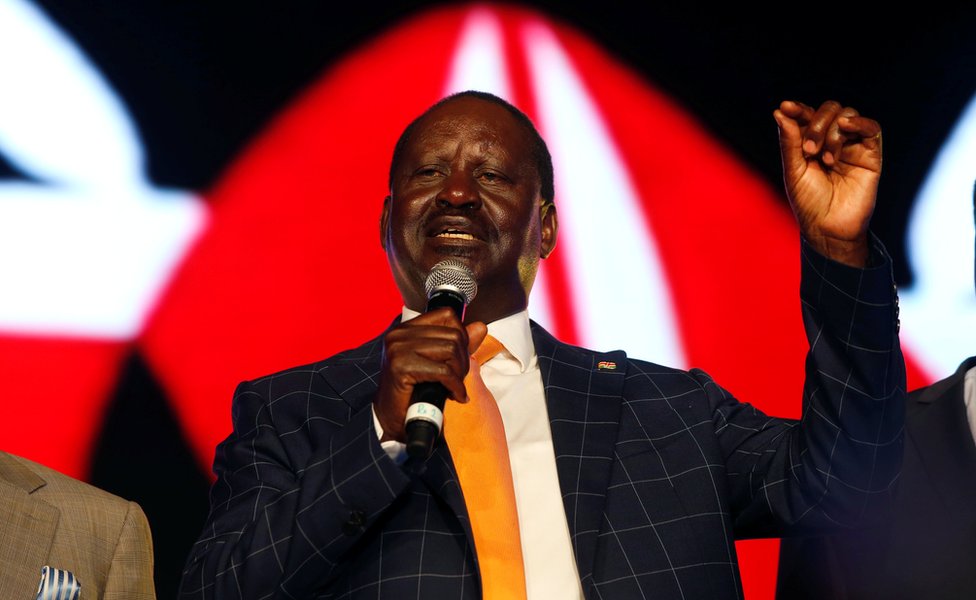 Former Prime Minister Raila Odinga has urged clinical officers across the country not to treat Kenyans with another drama in the name of a strike.

This is after the clinical workers issued a strike notice barely a week after Kenya Medical Practitioners, Pharmacists and Dentists Union (KMPDU) agreed on a return to work formula with the government.

In a statement, Raila was shocked by the clinical officers threatening to down their tools again due to the same issues covered in the return to work formula signed.

Raila emphasized the importance of clinical workers in the health sector and questioned the timing of the planned strike.

“Across the country, clinical officers provide most patient care where specialized treatment is not required.”

“Their threat to down tools comes just after the country released thousands of its children to schools and as the world carefully watches developments around the coronavirus and covid-19,” read part of Raila’s statement.

He highlighted the doctors’ strike in Nyamira and Migori that has been running for two months now which has not been extensively covered by the media.

Raila noted that the country is in a period where it needs health workers on duty or standby and not on strike or being tossed around between the two levels of government.

The former PM appealed to President Uhuru Kenyatta and his government to come to the table to avert the planned strike with Kenyans bound to suffer should the go slow happen.

“I, therefore, wish to make an urgent appeal to the two levels of government- the counties and the National Government-to immediately talk to each other and urgently bring to an end this ill-advised and ill-timed stand-off and a possible strike.”

“Kenyans must not be kept permanently on the edge and worried over matters that can be sorted out without much drama through intergovernmental discussions that the public need not know about,” Raila added.

UHURU not ready for Nairobi by-election, plans to have IGATHE take over