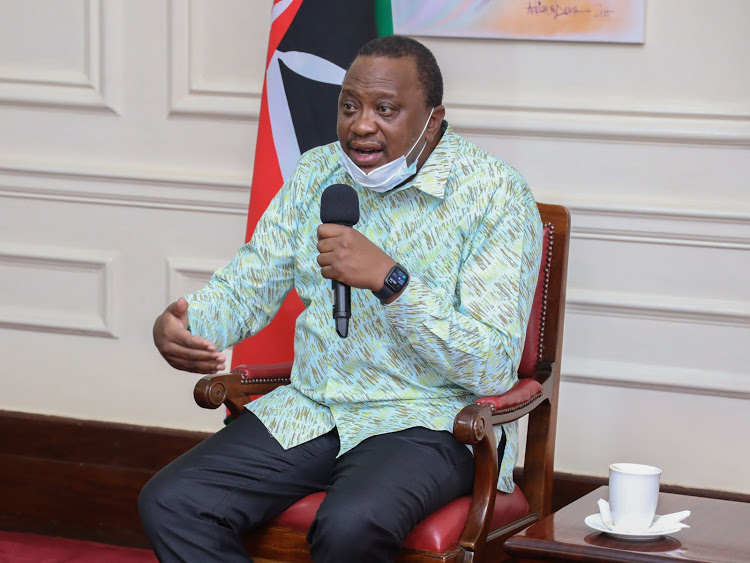 In the interview broadcast, the head of state addressed issues ranging from the Building Bridges Initiative, corruption, his succession among other issues.

This was in the same broadcast that the country’s executive said “these people” are stealing about Sh2 billion the government every day. This shocking admission seemed to be aimed at portraying opponents of the BBI as corrupt, yet, it has always been apparent that Uhuru Kenyatta’s administration – as a whole – has struggled to fight sleaze in government.

Anti-corruption campaigners have long said about $6 billion was being lost to graft every year – a sickening amount that this nation must stop.

While everyone has the right to express themselves using all legitimate platforms, that freedom must be weighed against one’s position in society and the issues at hand. It is fine for the head of state to address some issues in his local language media, but not at a time there is growing political tensions over the BBI and his succession.

The President is the symbol of national unity and anything that marginally raises questions about that unity must be carefully evaluated.

What is it that the President needed to tell his Kikuyu community that the rest of the nation needed not understand? Why not address regional broadcasters in Kiswahili instead?

The expectation is that Kenyatta’s interview would be picked up by the national media – as we saw – but national coverage would not be able to pick up nuances and some ethnic expressions.

There are now many local language radio and television stations broadcasting to specific demographics. They are guided by the same media ethnics that the rest of the mass media adhere to.

Why A Wife Should Earn Her Own Money Too

We are in the same league with Jubilee, thus why we will be having a coalition with them, ODM SG Edwin Sifuna says.