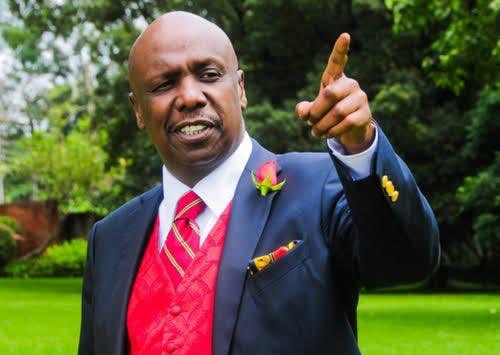 Pokot elders summon GIDEON MOI to fortify him ahead of the 2022 battle.

Deputy President William Ruto is a worried man after a section of Pokot elders indicated that they want to bless Baringo Senator Gideon Moi ahead of the 2022 presidential battle.

Speaking in Tiaty, the elders said the senator should avail himself for the blessings any time after the festive season.

They noted it was the right time to have Gideon recognized as an elder in the region and be fortified thereof.

The elders said they blessed his father the late retired President Daniel Arap Moi in 1958 before he joined the Legislative Council and in 1978 before he assumed the presidency.

Mzee Michael Kolem, who spoke on behalf of his colleagues, said Gideon has an uphill task ahead of him especially after being handed his father’s rungu.

Their blessings, he said, would guarantee the young Moi 100% chance of sailing through the murky political waters he was about to soak himself in.

“We are waiting for him, his time has come and all we need to do is bless him just like we did to his father,” he said.

Kolem said Mzee Moi, though dead, was still living through his son Gideon.

Moi was instructed by the elders to spend a night in a temporary structure under a big sacred tree in Tiaty and a bull sacrificed the following day.

According to the elders, the ceremony was and is usually carried out during the day for people to witness.

The elders said they would be happy if the senator offered them something for Christmas, adding he should be open, generous and accessible just like Moi was.

“Be open, accessible and share with the people, interact with your people just as your father was,” said Losutan.

Gideon has lately been traversing the country in a bid to sensitize people on the Building Bridges Initiative.

SONKO: Senator KABAKA was killed by the ‘deep state’ led by UHURU and KARANJA KIBICHO.