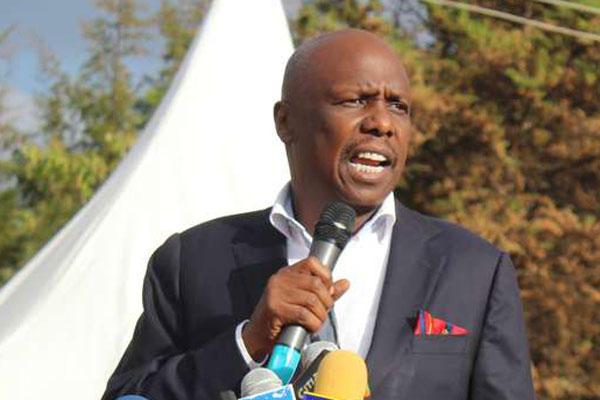 Pokot elders have ridiculed Baringo Senator, Gideon Moi, for allowing himself to be chased away by youths from receiving their blessings.

According to the elder, Gideon should have been stronger like his father, the late Daniel Arap Moi and not be a coward to be chased away just like that.

Gideon, who is the KANU chairman, was blocked and ordered away by rowdy pro-DP William Ruto youths as he was heading to a planned coronation ceremony by a section of the Talai Council of Elders on Saturday.

They were to name him spokesman and endorse his presumptive presidential bid but now they have to think twice.

“We told you to come home immediately after Christmas so we shower you with our blessings but you disobeyed.”

They said they wanted to bless and instill in Gideon boldness to face the world and seek leadership in Kenya and beyond.

RAILA moves to rescue the sinking ODM ahead of 2022 polls

Only Ruto`s allies arrested in Kisii?

A Teacher In Yala Defiles Student Then Kills Self