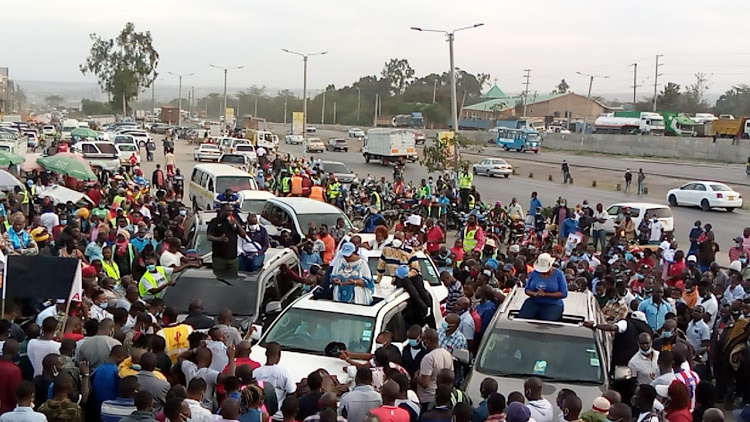 Political grandees are facing a big test of clout and credibility in regions they are perceived to command as county assemblies vote on the BBI Bill.

Regional kingpins are under immense pressure as a number of  assemblies are aligning public participation and debate on the BBI bill this week. Counties have three months for careful consideration but VIPs want them to pass it fast for a June referendum.

Some MCAs assert their independence, say they won’t vote until they hear what their constituents think about the Bill and they say they won’t be railroaded into voting.

Twenty-four of the 47 county assemblies must pass the Bill, sending it to Parliament for debate and vote. Then, if MPs support it, the Bill will go to a plebiscite

The stakes are high as the battle shifts to the counties.

BBI constitutional amendments would increase the size of the Executive by adding an Prime Minister and two deputies, plus 70 constituencies. It would increase counties’ allocations from 15 to 35 per cent, though that is already an option in the 2010 Constitution.

Proponents say it will promote devolution, increase money to the counties and increase communal inclusiveness.

Raila and President Uhuru Kenyatta passionately support the Bill as a near-panacea for what ails Kenya.

Migori is expected to follow suit this week as ODM expresses confidence of winning over the Kisii and Nyamira assemblies.

Interior Cabinet Secretary Fred Matiang’i and Kisii Governor James Ongwae are have made special efforts to woo MCAs to pass the bill.

The outcome of the assembly votes will signal the perceived kingpin’s power and popularity ahead of the 2022 General Election.

The BBI outcome, pundits say, has a bearing on the political grip of leaders, especially in areas where Deputy President William Ruto has called BBI a waste of time and money.

Covid-19 and joblessness are more important issues to mwananchi, the DP has said, though he decines to lead the ‘no’ campaign  against BBI.

Opinion polls by research firm Infotrak and by Radio Africa Group have shown BBI is not popular among the general public.

Uhuru and Raila’s lieutenants and those allied to DP Ruto are having sleepless nights.

They have been trying to influence assembly votes, either way, to make a political statement about the outcomes.

President Kenyatta, who was accused of neglecting his backyard, has poured a lot of energy into changing indifferent to negative perceptions about BBI. And he’s using taxpayer-funded state machinery to help him.

Now his lieutenants say all’s well in Mt Kenya, and assemblies will give BBI a thumbs up.

Mt Kenya is one of the regions where the DP’s anti-BBI message appears to have sunk in, a matter Murang’a Senator Irungu Kangata raised in his recent embarrassing public letter to Uhuru. His candour cost him his job as chief whip.

The region’s 10 governors as well as assembly leaders promised President Kenyatta during the Sagana lodge meeting that they’ll deliver the on BBI.

Murang’a MCAs are to vote on the Bill this week after public participation closes on Thursday.

Nyeri ends pubic hearings on Thursday, then votes.Meru is to vote this week after a public hearing on Tuesday.

Nakuru will end public input on Thursday, Laikipia and Embu on Wednesday.

Council of Governors chairman Nyaga Wambora-led Embu county is to debate on the Bill on February 23, while Nairobi is set to finish public hearings on Wednesday.

Is one day enough for public input on such monumental changes? critics and observers ask.

Igembe North MP Maoka Maore, who is among the key BBI promoters in Central, said those against BBI who would suffer severe political consequences.

Tesla Recalls All 53,822 Vehicles With Its ‘Full Self-Driving’ Feature