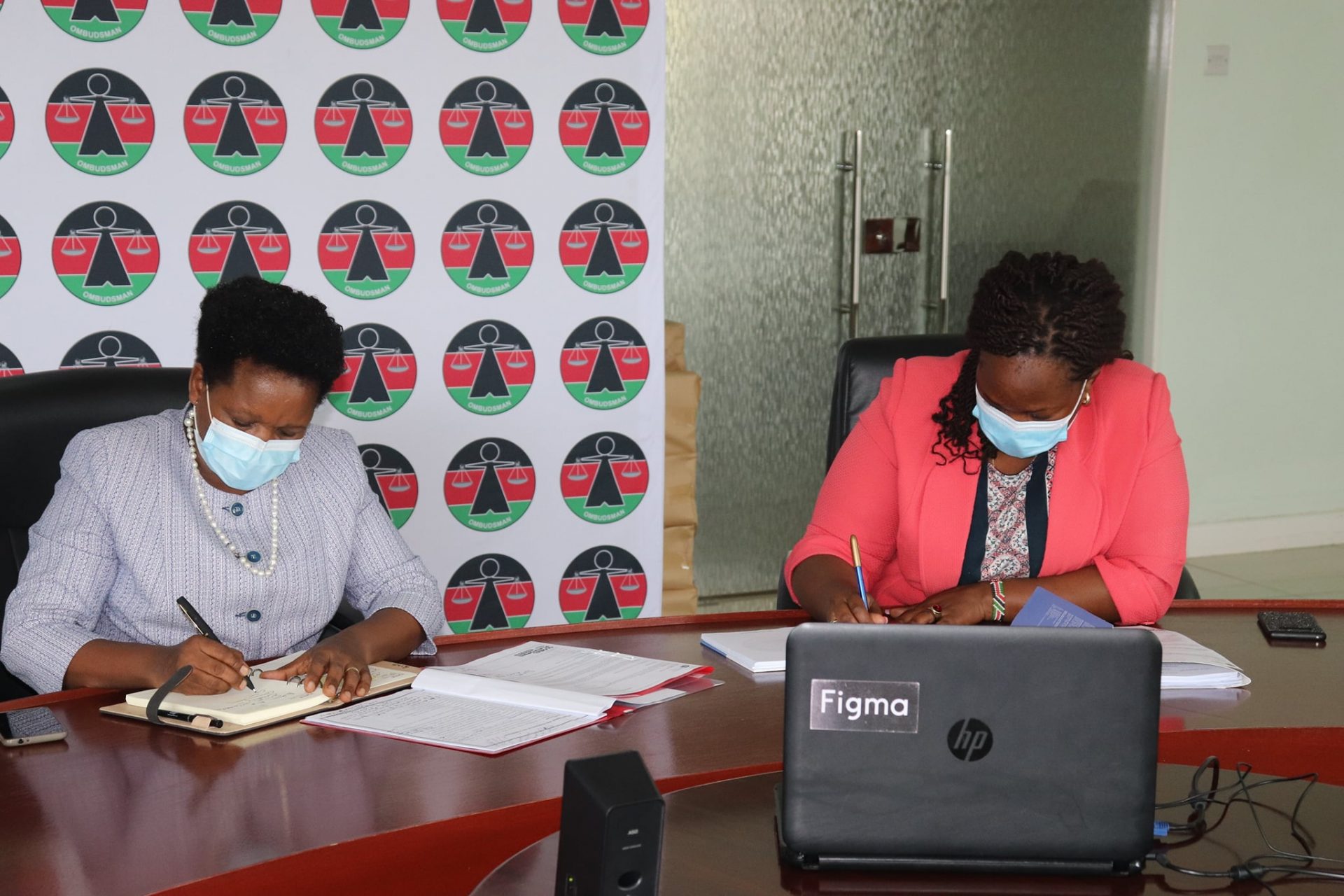 The Commissioner in Charge of Access to Information, Ms. Lucy Ndung’u today ( Thursday October 28, 2020) led a team from the Commission during a virtual sensitisation meeting of the youth under the Global Platform Kenya.

The Young people drawn from six counties namely; Baringo, Kilifi, Laikipia, Nairobi and Homabay were sensitised on the role of the Commission under both the Commission on Administrative Justice Act and the Access to Information Act, 2016.

The sensitisation organised by Action Aid – Global Platform Kenya on You-Led Social Accountability in Emergencies is aimed at equipping the youth with knowledge and skills on how to take part in monitoring and evaluation of public funds and projects to ensure transparency and accountability and quality public service. Also present during the sensitisation exercise were Senior Legal Officer, Mr. Simon Nzioka and Access to Information Officer, Ms. Sylvia Chelogoi.

The Commission is mandated to address all forms of maladministration and to ensure oversight and enforcement of the access to information law which is very key in civilian oversight.