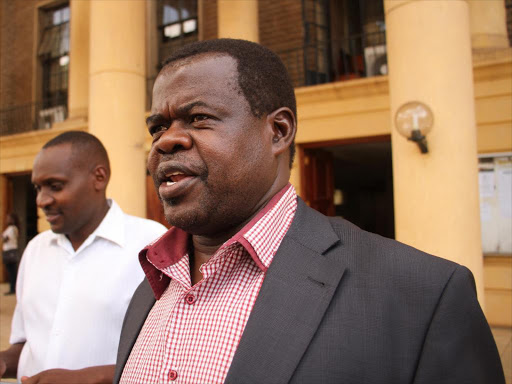 The race to succeed impeached Nairobi Governor Mike Sonko has taken a new twist after renowned activists joined the race.

Renowned activists Okiyah Omtatah and Jerotich Seii have become the latest to join the list of Kenyans interested in the County’s top seat.

The duo is expected to vie on a joint ticket as Governor and Deputy Governor respectively.

The news about Omtatah and Seii’s candidature was shared by photojournalist and activist, Boniface Mwangi, through his Twitter handle on Wednesday.

“One of the penalties for refusing to participate in politics is that you end up being governed by your inferiors”. – Plato.”

“You want to vote for people who will run Nairobi County like a world-class city? Vote Jerotich Seii and Okiya Omtatah for Nairobi’s Governor position,” he tweeted.

The post attracted a barrage of reactions from Kenyans who differed on the candidature of the two.

While some supported the idea, others felt that Nairobi County does not want activists but leaders with a proven managerial and leadership record.

In 2017, Omtatah vied for the Busia County senatorial seat but lost by a small margin to Senator Amos Wako.

Garissa , Juja, Bonchari by election to be held on May 18.