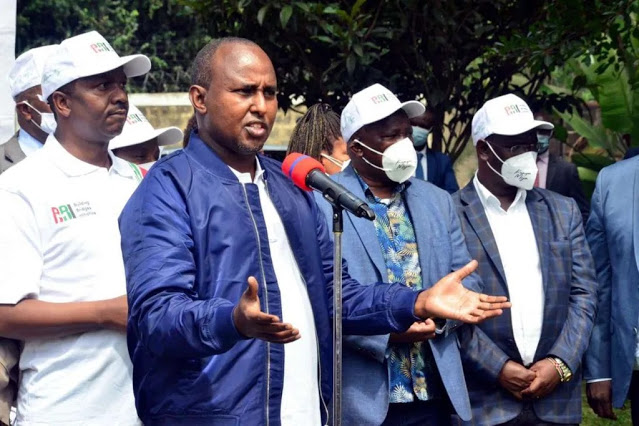 By Wednesday, only 540,000 BBI signatures out of 4.4 million signatures had been verified by the commission and this forced Suna East MP, Junet Mohamed, to claim that IEBC is trying to derail the process.

A million signatures are required for the country to go into a referendum and the IEBC says it needs 40 days to give a confirmation report.

Junet questioned the pace at which the signatures are being verified, adding, the exercise stalled on Monday due to poor network connectivity at Bomas of Kenya, Nairobi.

“The biggest problem the BBI faces is the electoral commission,”

“We handed the IEBC the signatures nearly a month ago and there is nothing to show for it. The exercise must be completed before the end of January. IEBC bosses surely know how Issack Hassan and his team left the commission,” he said, referring to protests by ODM supporters that saw then IEBC chairman Hassan resign in 2016.

BBI is dead on arrival as ICJ Kenya also rejects it

A 73-Years Old Man Commits Suicide After His Son Died In A Road Accident.