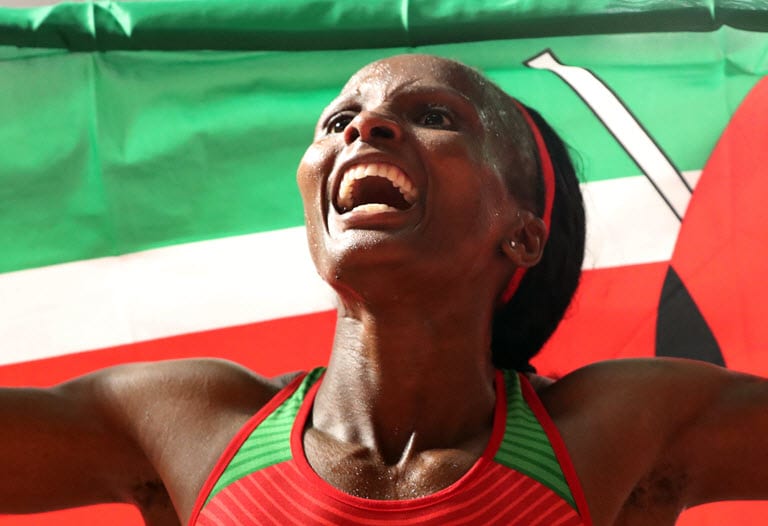 The 31-year-old has already vowed to go all out for her maiden Olympic gold, the only medal missing in her cabinet.

In what could be her final appearance at the Summer Games, Obiri who bagged a silver medal in 5,000m in Rio Games, said she is ready to contest in both races.

“Probably I am going to double in 5k and 10k if I will make the Kenyan team,” said Obiri after anchoring her Kenya Defence Forces mixed relay team to victory at the national cross country championships.

Obiri did both events at the 2019 World Championships in Doha winning the 5,000m race and finishing a distant fifth in 10,000m.

The Commonwealth Games champion will follow in the footsteps of her compatriot Vivian Cheruiyot who did the double in 2016 clinching a gold medal in 5,000m and a silver in 10,000m.

Despite making the team for Africa Cross Country Championships in the mixed relay category, Obiri said she will skip the continental showpiece slated for Lome, Togo on March 7 as she heightens her preparations for the Olympics.

At the same time, Obiri disclosed that she is set to kick start her track season at the Diamond League season opener in Rabat on May 23.

“Right now I am focused on the buildup towards the Olympics. I am looking forward to the Diamond League season where I intend to compete in 1,500m at the Rabat meeting,” she said.

The African champion was set to make her debut in the half marathon at the cancelled Ras Al Khaimah (RAK) Half Marathon that was slated for Friday.

IEBC gearing up for a referendum

A fleet of gang terrorizing taxi drivers in Kiambu arrested

END OF AN ERA!!!: Barca announce that Messi will leave the club after contract talks break down.