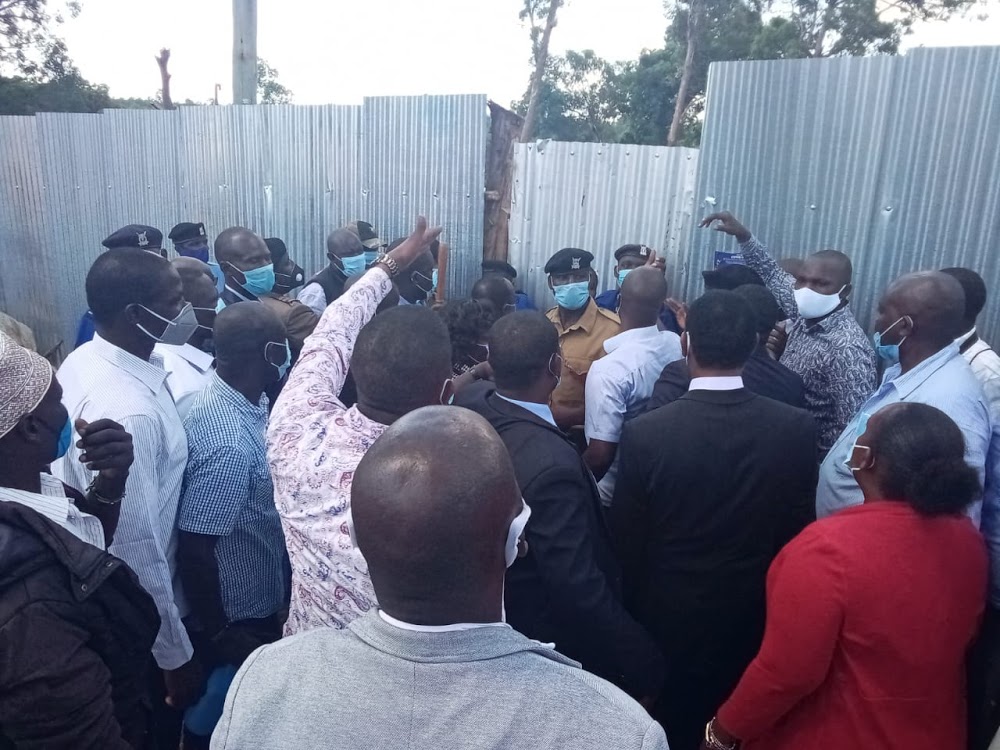 This is after bodyguards of Awiti and Nyong’o engaged police officers deployed at the event for blocking the two from accessing the venue.

The event was happening at Ogande Girls High School.

The officers at the entrance had been instructed to limit the number of people who would access the enclosed area where the groundbreaking ceremony for the construction of Ida Odinga Library, Research, Innovation and Resource Centre was happening.

After Ida, Matiangi and Magoha entered the site, a police officer shouted for the closure of a temporary mabati gate to avoid more people gaining entry.

Unfortunately, Awiti and Nyongo had remained behind.

“Close that gate and don’t allow any more people inside because of Covid-19,” the police shouted.

On arrival, they were told they could not access the site prompting a confrontation between the youths and the officers.

Immediately, some youths started pushing the gate demanding that the two leaders be allowed to access the site.

After several minutes of push and pull, the bodyguards and the youth resorted to verbal exchange with the officers.

It took the intervention of a senior official before Awiti and Nyong’o were allowed into the venue.

What UHURU and RAILA are planning for the poor KALONZO

Michelle Ntalami: My Faith In Love Has Been Shaken