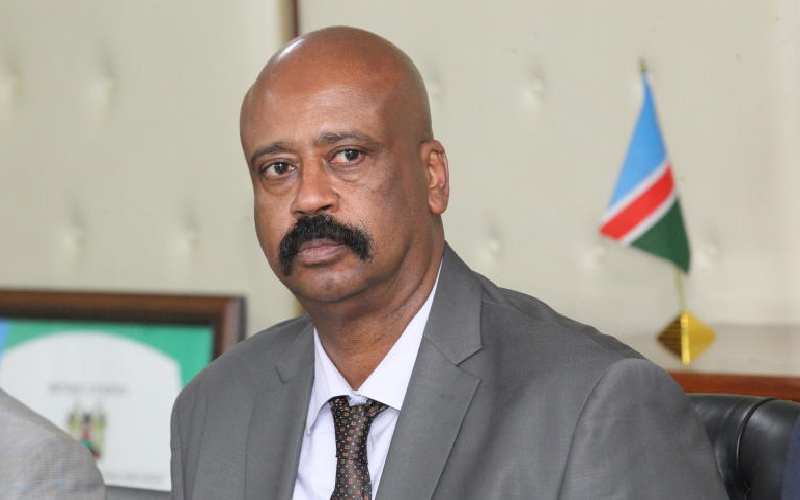 Nairobi Metropolitan Services (NMS) will hand over all its functions, projects and powers back to the Nairobi County Government after two years in charge with the swearing-in of a new governor.

NMS Director-General Major General Mohamed Badi announced that beginning next week, they will start the handing over process to the new Nairobi Governor Johnson Sakaja.

“I am happy to report that NMS has accomplished all the tasks given to do within the two years,” said Maj Gen Badi during Sakaja’s swearing-in ceremony at KICC grounds, Nairobi.

“Any extra tasks that we have taken onboard, which are ongoing projects, I will be more than happy to hand over. We will start the process of handing over from next week.”

Badi, while congratulating the new governor pledged to work with him.

“As we wind up as NMS, I would like to personally and on behalf of NMS, pledge our support to the governor, we will always be available to work with you to make Nairobi great again,” he said.

NMS took over control of Nairobi County in March 2020 after Nairobi Governor Mike Sonko signed over the deed of transfer to the National government which appointed Badi and his team to run the Capital.

NMS took over Health, Transport, Public works and Planning and Development Services to the National Government.

In March this year, acting Nairobi Governor Ann Kananu extended the NMS contract by six months from February 25, 2022 to August 24, 2022.

However, the notice explained that upon the expiry of the NMS term, there will be a handover period of three months.

“The parties herein shall within seven days of assumption of office of the Governor form a joint committee to oversee the handover process,” read the contract.

Guardiola In No Rush To Sign New City Deal