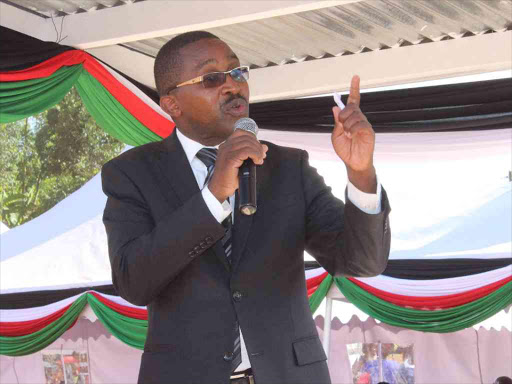 In what is promising to be a heated contest, the seat has attracted seasoned politicians, former and current top government officials and business tycoons.

Wa Iria is set to leave office in 2022 after serving two terms as provided in the Constitution.

The governor has declared interest in the presidency through the Usawa Kwa Wote party.

Political analyst Peter Kagwanja who hails from the county observed that a number of factors – individuals development record, closeness to the people and Kenyatta succession politics – will determine the next governor.

“The fluidity of Mt Kenya politics will not tell you who the front runner for the seat is until we conclude the Kenyatta succession politics,” Kagwanja, who is also seeking the Senate seat, said.

Murang’a politics is being controlled by two blocs: Murang’a North, where Wa Iria, Chege and Kang’ata come and Murang’a South  from where Mwangi and Kamau hail.

Mt Kenya MCAs caucus chairman Charles Ng’ang’a said the politics of Kieleweke and Tangatanga will also determine the next governor.

“In Murang’a, the battle for a governor will be between the North and South as well as Tangatanga verses Kieleweke,” Ng’ang’a said.

Wa Iria has said he has no favourite candidate and that all candidates are free to campaign without antagonising his relationship with MCAs.

Last week, the governor said some candidates are known to incite MCAs against incumbent, which he said will not be condoned.

Governor Oparanya Says Arsonist Students Should Be Jailed For 60 Years

‘My security detail is non-issue, I can be guarded by G4S,’ says Ruto.