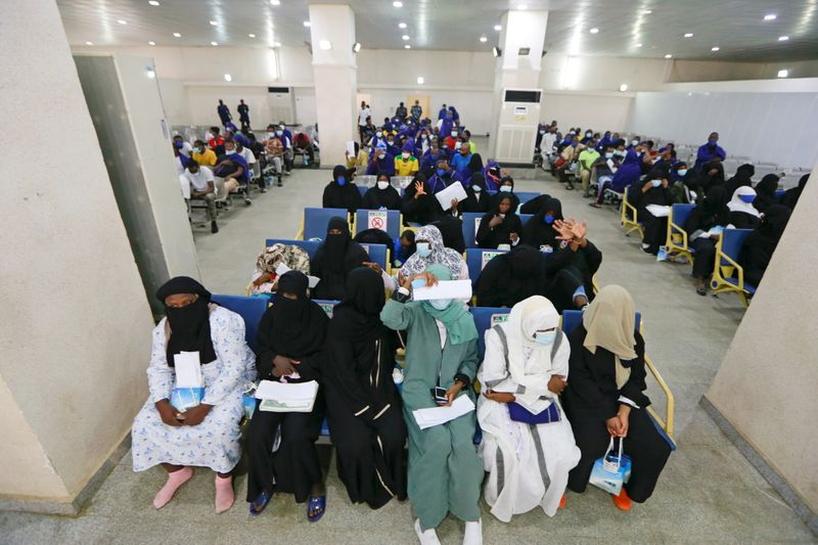 Nigeria evacuated hundreds of its citizens from Saudi Arabia on Thursday after they overstayed their visas and were left stranded, two Reuters witnesses said.

The first returnees, clad in masks and flowing robes, could be seen walking across the tarmac after their plane landed in the capital Abuja.

High unemployment and two recessions in four years have pushed thousands of Nigerians to seek work overseas. But the coronavirus pandemic has reduced employment opportunities in other countries and travel restrictions have left many stranded.

A video circulating on social media in recent weeks had shown Nigerians who said they had been held in a camp in Saudi Arabia for more than three months while other countries had flown out their stranded citizens within two weeks or so.

“A camp generally is not a luxury hotel, but when people have waited for some time agitation comes in,” said Akinremi Bolaji, a foreign affairs ministry official.

The government had said on Monday it was working with Saudi authorities to repatriate 802 Nigerians via two flights on Thursday and Friday.

Abike Dabiri-Erewa, chairman of the Nigerians In Diaspora Commission (NIDCOM), said last Friday that evacuations had been delayed because of the COVID-19 pandemic.