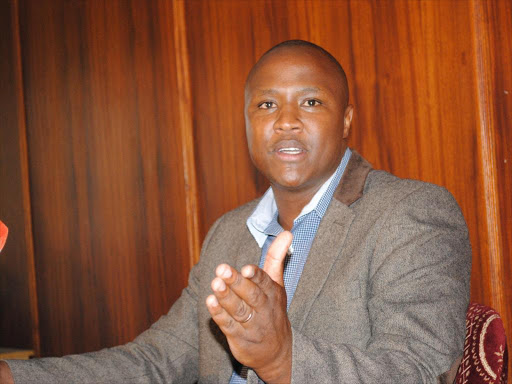 Pharmacies may soon be barred from selling medicine without a doctor’s prescription if MPs adopt a proposal seeking to outlaw the practice.

Nandi Hills MP Alfred Keter wants the Pharmacy and Poisons Act amended to prohibit the sale or dispensing of medicine without a prescription – known as over-the-counter drugs.

The said prescription will have to be signed by a registered health practitioner, medical practitioner, dentist or veterinary surgeon.

Keter is further proposing a Sh30,000 fine or three years in jail or both for persons who contravene the law banning such sale.

“This is aimed at safeguarding the health of all Kenyans and encouraging them to always seek medical attention from qualified health practitioners notwithstanding that an ailment may be considered as a minor,” the MP said.

He argued that sale of over-the-counter medication has encouraged self-diagnosis of ailments without the benefit of advice from medical practitioners.

“This endangers the lives of those who may consume harmful medication, suffer adverse reactions or even develop drug resistance owing to abuse or misuse of certain medications like antibiotics,” Keter said.

In an interview with the Star on Monday, the MP said it was not proper that people walk to pharmacies to buy medicine blindly, and oblivious of the attendant dangers.

At the moment, the law provides that nothing shall be deemed to make it unlawful for any person to sell any non-poisonous drugs, provided that the drug is sold in its original condition as received by the seller.

At the same time, there is no law requiring that such a person – a medicine seller – be registered as a pharmacist.

Pharmacies are required to display a health safety code issued by the Pharmacy and Poisons Board to show they are legally registered.

An alarm was recently raised over increased use of sex enhancing drugs `— famously known as the blue pill — largely purchased over the counter and from online platforms owing to the anonymity the spaces provided.

Pharmaceutical Society of Kenya in January warned that the use of the said medicines without prior medical evaluation makes one prone to their harmful effects.

The board said that in as much as these medicines effectively manage erectile dysfunction, the public should refrain from accessing them without evaluation, diagnosis, and prescription by a qualified medical practitioner.

Some of the drugs, or components, can be made from readily available medicine at any pharmacy – more so cough suppressants.

Youths chewing miraa largely abuse medicines such as Cozepam, Diazepam, and Benyline – all for coughs and easily sold over the counter.

The Pharmacy and Poisons Board has also over time complained that non-regulation has seen an upsurge of counterfeit medicines sold in pharmacies.