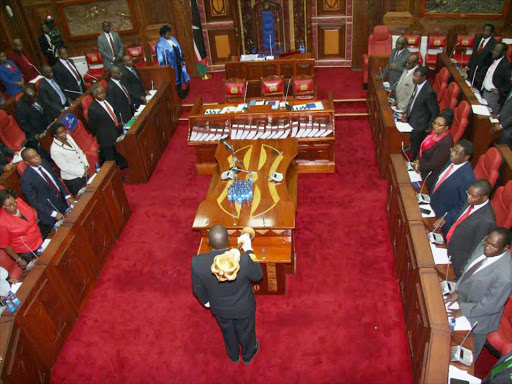 A governor from one of the counties in Mt Kenya region has panicked after his senator declared his intention to run for governor in the 2022 polls. The county boss, who had initially appeared to have an edge in his bid to defend the seat next year, has been forced back to the drawing board. The county senator, a politician with unrivalled political connections, has decided to throw his heart in the ring. The Senator’s bid has raised the stakes for the battle amid reports that his popularity threatens the governor’s reelection bid. Some wealthy businessmen have already crossed over to the senator’s camp sparking jitters in the governors’ team.

A former MP who lost in the 2017 polls could be in trouble with authorities. Why? It has emerged that the legislator vied for a political office and became a State officer yet holds dual citizenship. The Constitution does not allow dual citizenship holders to run for a political office in Kenya. Detectives from EACC handling the matter have established that the ex-MP is also an American Citizen. In fact, the MP is said to have entered and departed Kenya with the US passport between 2008 and 2012. It’s said that the matter has been referred to the Director of Public Prosecutions Noordin Haji. Will the former MP be asked to refund all the salaries earned for five years?

A Matatu Sacco plying Kasarani route has become notorious for following a diversion behind the Kasarani stadium late in the evening before having passengers robbed of their money, phones and other valuables. For the last two months alone, passengers commuting using the matatu have been robbed at gunpoint by thugs posing as passengers. Despite the robbery incidents, the matatu crew has been insisting on following the detour where danger lurks. Sadly, there has been no follow up by the Sacco managers on the complaints lodged against the crew, seen as complacent to the robberies. Commuters from the region have appealed to Inspector General of police Hillary Mutyambai to order his boys to block the route from the use by matatus in a bid to arrest the situation and secure passengers.

A woman representative from one of the counties in Nyanza could soon find herself on the wrong sides of the law. An anti-graft lobby group has petitioned the Ethics and Anti-Corruption Commission to consider starting investigations into allegations of embezzlement of public funds. There are claims that the MP, who runs her office with the iron fist, has not been approving payments for salaries of staff for the last six months. Ironically, financial accounts have indicated that the staff have no salary arrears. There are concerns that the women representative has been diverting money meat for personal emoluments of staff to private businesses against the law.

Kenyans In Ukraine Resign To Fate As War Peaks