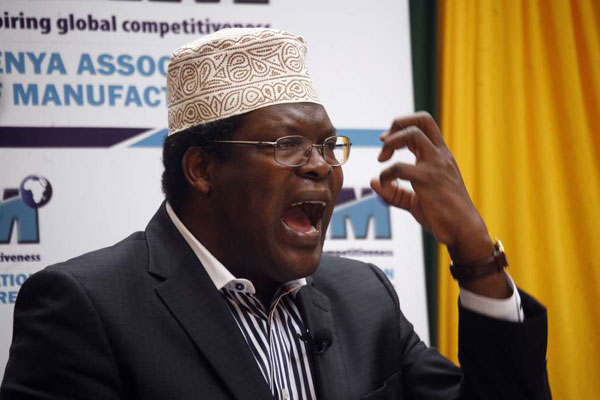 Exiled lawyer, Miguna Miguna, has shredded President Uhuru Kenyatta and his Handshake buddy, Raila Odinga, into pieces over their move to ‘bribe’ Members of County Assemblies with car grants in order to pass the Building Bridges Initiative document.

According to him, the Sh2 million that Uhuru and Raila promised MCAs to buy luxurious cars should be used to build industries, hospitals, schools, and housing for jobless youths.

Miguna said that MPs and MCAs already take-home billions of shillings every month which is enough for them to pass BBI.

He added that the money should instead be put to good use.

“No, conman Raila Odinga, it is NOT okay to give MCAs and MPigs earning millions of shillings every month BILLIONS of SHILLINGS of public money for them to pass the BBI nonsense.”

“The money should be used to BUILD INDUSTRIES, HOSPITALS, HOUSING, and SCHOOLS for the JOBLESS YOUTH,” said Miguna Miguna.

His words came shortly after former Prime Minister Raila Odinga declared support for the idea saying that it had been long overdue.

“If MPs receive a Sh7 million car grant why will it be a crime and you are the people who are in contact with the people?” he posed.

The grant was promised by President Uhuru Kenyatta during his meetings at the Sagana State Lodge.