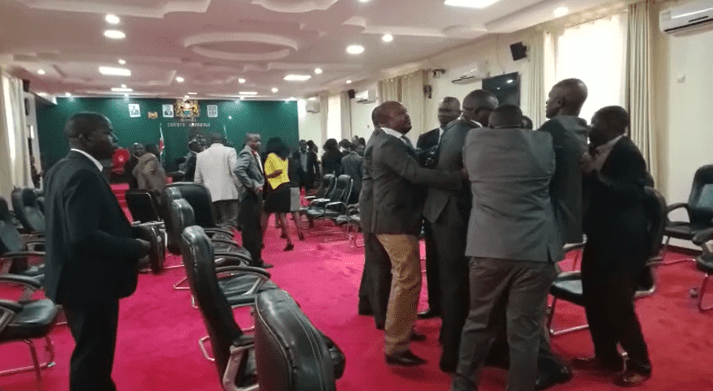 Boaz Okoth and his deputy Mathews Chacha and other contractors have been on the EACC radar over corruption allegations on Tuesday.

In a letter dated 5th November 2020, the office of the Director of Public Prosecutions had authorized the arrest of the suspects over conspiracy to commit offence of corruption contrary to section 47A(3) of the anti-corruption and economic crimes Act and willful failure to comply with the law relating to procurement.

It was during the wave of impeachment that his deputy, Chacha was sworn in, in a ceremony witnessed by a Migori Magistrate.

I Would Want Samidoh To Support My Political Ambitions- Karen Nyamu

Teacher Hospitalized After Wrist Chopped Off By Attackers In Awendo