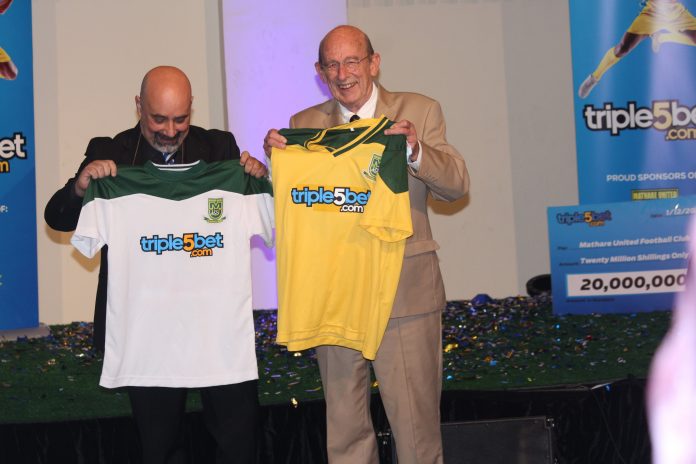 Football Kenya Federation,FKF,has suspended Mathare United and Zoo Kericho FC   from the Kenyan Premier league as well as all football activities for failing to endorse the broadcast deal between FKF and the Startimes Media.

The Fkf statement  stated that the decision to provisionally suspend the two teams  was reached at during Wednesdays National Executive committee meeting .

The two clubs alongside Gor Mahia and Ulinzi Stars haven’t signed the deal and  such haven’t played a game of the two rounds of the 2020/21 KPL season .The statement gives the two clubs 48 hours to sign the Startimes endorsement deal so as to be included in the Premier league fixtures.

‘’The the two clubs have been given 48 hours  to sign the StarTimes endorsement deal in order for them to be included in the next  FKF-Premier League fixtures.  failure to do that will lead to their expulsion from the top tier league which  enters its third week this weekend.  We have been very patient with the two clubs and done our best to convince them   to meet their obligations in order to preserve the commercial rights of the league.  While the other clubs have given us their endorsements, the two have declined to do so as the league enters match day three. The league cannot continue without the two clubs meeting their obligations” ,the statement reads.

The two clubs have until Friday 11 December,to sign the endorsement, failure to  which the matter will be referred to the federation’s General Congress, in February  2021.

2010 Champions  Ulinzi Stars have also been given  until Monday, 14 December, to sign the deal lest they get suspended.

“The NEC considered the case of Ulinzi and noted that being a military team, they  require certain processes to be followed. In that regard, we have given them until  Monday at 5p.m to sign the endorsement. Failure to do that will result in them being suspended from the top league,” added  the statement .

The statement also revealed that  players from the three teams  will be accorded a provisional window of 15 days to sign for other clubs, should their clubs fail to meet their respective deadlines.

At the same time,  FKF has said disciplinary proceedings will be opened  against Gor Mahia chairman Ambrose Rachier for bringing the game into disrepute.  Rachier wrote a letter to StarTimes withdrawing a letter the club’s Secretary General  had written to FKF endorsing the broadcast deal.

Arsenal Thrash Slavia Prague to qualify to the Last Four.