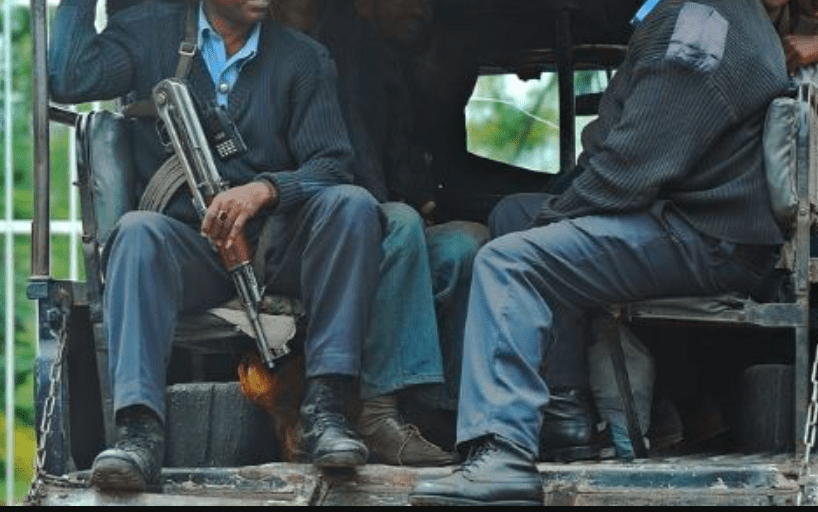 Detectives from the Directorate of Criminal Investigations (DCI) have arrested a man alleged to have killed his ex-lover within Nairobi’s Njiru area on Friday last week.

The suspect, who has been on the run since the Friday incident, was ambushed on Wednesday morning at an apartment in Kayole.

According to the DCI, the suspect locked himself up at house on the fifth floor of the house and was threatening to commit suicide by jumping off the balcony.

“He is currently at a balcony, threatening to commit suicide. Our officers are at the scene pleading with him not to take his life on account of his actions, since all is not lost,” said the DCI on Wednesday morning.

The suspect was arrested after an hours-long standoff as police tried to convince him not to kill himself. A huge crowd milled around the scene baying for the suspects blood.

“Finally, detectives have convinced the suspect not to take his life and arrested him. They are currently trying to evacuate him from the scene, but hundreds of wananchi have blocked the way baying for his blood,” said the DCI.

The man is believed to have murdered his ex girlfriend in Njiru, by tying her up inside her house and setting it on fire.

Two house helps who were employed by the deceased said they had been asked to leave the house to allow the deceased and the suspect some private time to iron out their issues. It was around 8 am.

Later in the afternoon, the house went up in flames and despite the efforts to put out the fire nothing was salvaged.

According to homicide detectives who visited the crime scene, the deceased appeared to have been tied before her house was set ablaze.

Kayole based detectives are working jointly with the DCI’s Crime Research and Intelligence Bureau (CRIB) in the manhunt.