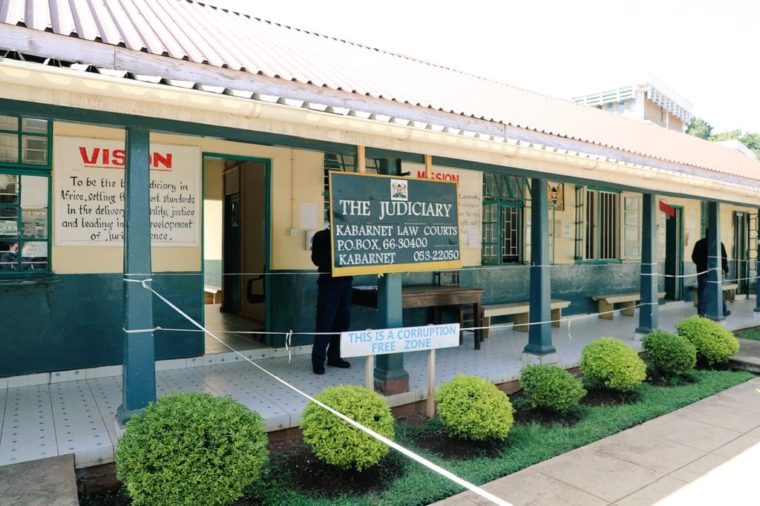 A man who was charged with child pornography and indecent act with a child has been freed on Ksh. 300,000.

He was released on bond as the prosecution did not object.

Waswa is facing charges of child pornography and indecent act with a child contrary to the Sexual Offenses Act no. 3 of 2006.

The prosecution led by Judy Kitilit asked the court to treat the suspect as a first time offender for the two charges he faces.

The court was told that on the January 1, 2021 at about 1730hours at Marigat Township within Baringo County, he publicly exhibited photography which depicted the image of the minor aged 14.

The other count stated that at about 5:30pm on the fateful day, the accused intentionally touched the reproductive organs of a 14-year old child with his hands.

The accused entered a plea of not guilty on the first count and guilty on the second count thereby necessitating discussion of his bond terms.

Hearing of the case is scheduled for February 15, 2021 where the child and other three witnesses are expected to testify before the court.