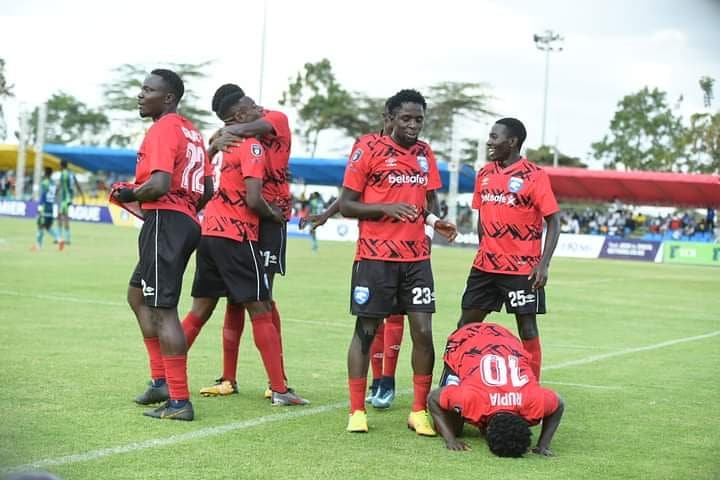 Elvis Rupia netted his ninth goal of the season and substitute Jaffery Owiti added the other as AFC Leopards defeated Kariobangi Sharks 2-0 in an entertaining FKF Premier League clash at the Kasarani Stadium.

Sunday’s result moved Leopards into fourth on the FKF-PL standings on 15 points, six behind leaders KCB FC who continued their sparkling form with a convincing 3-1 victory over Western Stima.

Simon Abuko’s first half penalty put KCB on path for their seventh win of the season with Henry Onyango and Victor Omondi sealing the points after Kennedy Otieno had equalised for the visitors.

In the other FKF-PL clash of the day Kakamega Homeboyz grabbed only their second win of the season after edging Bidco United 2-0 thanks to goals from Ali Bhai and Moses Mudavadi.

At Kasarani, Sharks goalkeeper Brian Bwire was the busiest of the two with Rupia and Burundian danger man Bienvenue Shaka causing all the problems for the opposition.

First half saw Benjamin Ochan forced to a sublime save from Peter Lwasa’s well converted foul.

Leopards right back Collins Shivachi put an outstanding shift in defence, doing all the dirty work at the expense of Sharks danger man James Mazembe a Kakamega High School Almnus.

Leopards would have been 2-0 up when Shaka dribbled past Sharks defence but wastes it after pressure from Keeper Bwire.

Leopards will have Ochan to thank for making a big save on a one on one attack in the 72nd mnnute.