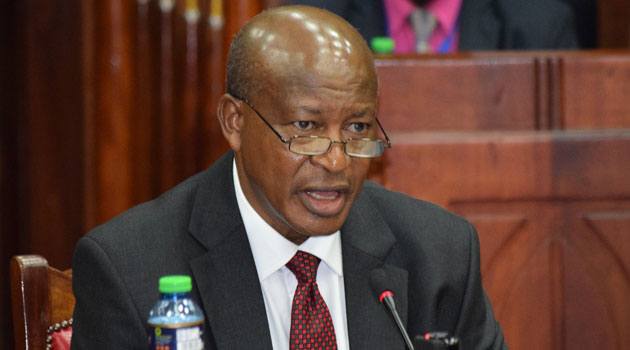 An audit report on the Ksh2.4 billion transferred by the Office of the Attorney General to 11 of its departments reveals Ksh572 million of taxpayer’s money has been lost.

According to Auditor General Nancy Gathungu, five of the eleven institutions reported that they did not receive their full allocations, putting the Office of the Attorney General on the spot. The financial statements from the five institutions showed a deficit of Ksh572 million.

“Note 5 to the financial statements show a total of Sh2,409,719,913 was transferred to 11 entities during the year under review. However, confirmations from the beneficiary institutions as reflected variances of Sh571,992,962 from five institutions,” states the report by Gathungu.

The Council of Education confirmed receiving only Ksh211 million despite the State Law Office, in its 2018-2019 annual report, claiming to have transferred Ksh371 million to the council.

The State Law Office claimed to have sent Ksh562 million to the Kenya School of Law. The institution came out to confirm receiving only Ksh290 million. The Kenya Copyright Board also received Ksh122 million instead of the Ksh125 million stated in the report by the State Law Office.

Business Registration Service also came out to affirm receiving Ksh176 million out of the Ksh313 million tabled in the report. National Centre for International Arbitration claimed to receive Ksh100 million less than the Ksh113 million the department claims it disbursed.

Gathungu, in her report tabled to the National Assembly, questioned the fidelity of the transfer claims from the State Law Office.

“In the circumstances, the accuracy of transfers to other entities of Ksh2.4 billion for the year ended June 30, 2019 could not be confirmed,” said Gathungu.

The State Law Office has further been put on the spot over millions of shillings splashed on leasing of regional offices. The report raised questions over the expenditure of the leased premises.

“The statement of receipts and payments reflect an expenditure of Ksh870 million underuse of goods and services which, as disclosed at Note 4 to the financial statements, includes an amount of Ksh103 million incurred on rentals of produced assets,”  the report stated.

In the supplementary budget, set to be tabled in the National Assembly for approval, Treasury Cabinet Secretary Ukur Yatani increased the Ksh2.79 trillion 2020/21 budget to Ksh2.9 trillion. The CS cited the increased allocations to development projects for the year and the recurrent expenditure as the main reason for the increase in the budget.

The Solicitor General, a position currently occupied by lawyer Ken Ogeto, is the accounting officer at the Office of the Attorney General.