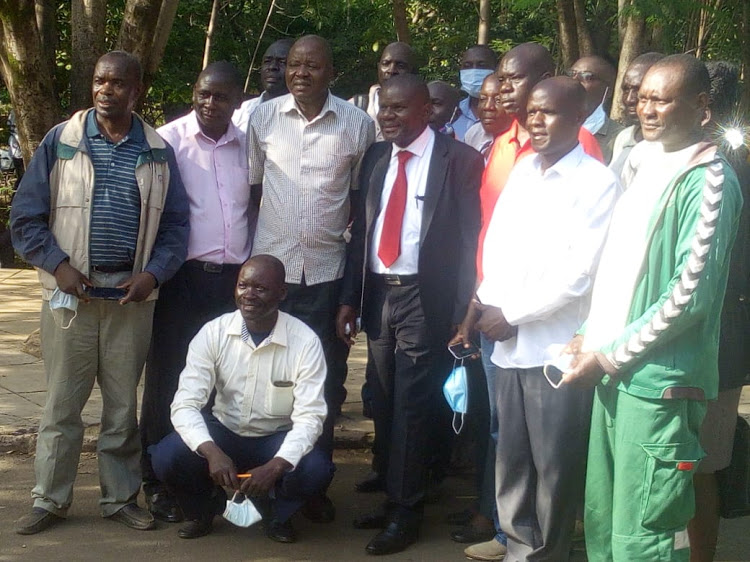 They were stationed at the United States of America installations in Kisumu, Kombewa and Kericho towns.

Senior Principal Magistrate Robinson Ondieki in his ruling stated that the dismissal was against the country’s labour laws.

The magistrate noted that the affected employees were wrongfully dismissed without their employer giving them adequate explanation.

Speaking to the media after the ruling, the claimants’ lawyer Carlos Ouma said they were happy with the  outcome of the case.

Ouma said that his clients  were maliciously sacked and they have been in and out of court for nearly 10 years pursuing the matter.

He says the judgment is a wake up call to other employers to follow the Constitution in cases of dismissal of employees.

“We are happy the court has agreed with us; this is my clients’ day and I’m sure this will act as a lesson to many other employers as well,” he said.

Ronald Aniuba said they are happy with the ruling after many years of suffering.

Aniuba said they were accused falsely of demanding for the overtime payments which led to the dismissal of over 400 employees.