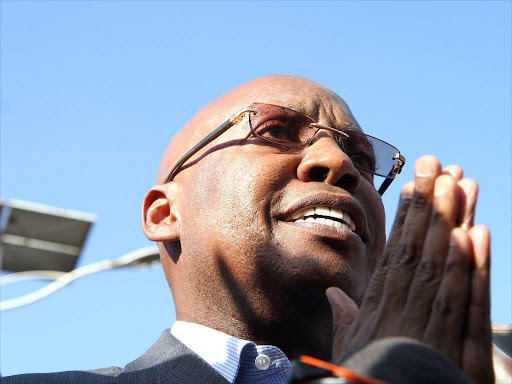 The Directorate of Criminal Investigations boss George Kinoti has been given 30 days to return businessman Jimmy Wanjigi’s firearms.

High Court Judge Anthony Mrima on Thursday said the DCI has only until March 25 to comply with orders he issued in 2019.

Mrima had in January 2019 directed the DCI, Inspector General of Police and the DPP to return all firearms and ammunition taken from Wanjigi’s residence in 2017.

The sought firearms are one pistol make Smith and Wesson, one Glock pistol, one assault rifle among others.

Mrima in issuing the directive said the State acted irrationally by taking Wanjigis guns while he still held a valid license.

Wanjigi has since filed a contempt of court proceedings against the DCI for failing to comply with the judge’s orders.

He wants them committed to civil jail.

But the DCI says they have appealed Mrima’s decision and the matter is still pending at the Court of Appeal.

In an affidavit, the DCI claims that some of the firearms held by Wanjigi are high precision military firearms not authorised to be held by civilians in Kenya under the Firearms Act.

“The firearms were subjected to ballistic examination and a report confirmed the Firearms Act prohibits them,” the affidavit read.

The case will be mentioned on March 25 to ascertain whether Kinoti has complied with the orders of the court.