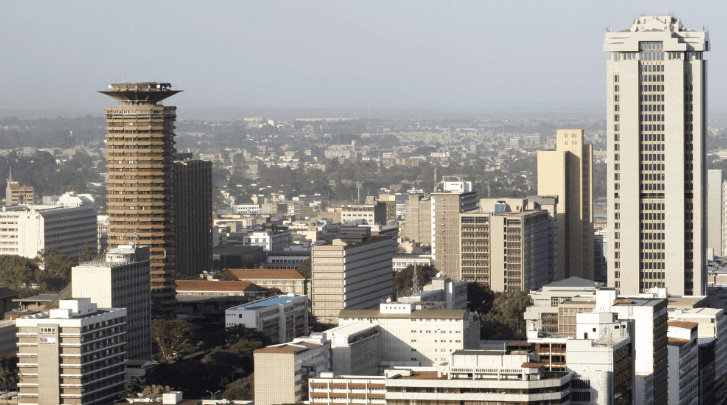 Kenya’s economy slumped into recession after 18 years in September

The Kenyan economy sunk to its first recession after exactly 18 years in September 2020 with gross domestic product (GDP) falling by 1.1 per cent in the third quarter.

The contraction in growth was preceded by the first GDP contraction since September 2008 with GDP slumping by 5.5 per cent (revised from -5.7 per cent) between April and June.

While the government had moved to lessen restrictions on enterprise following the initial COVID-19, the retention of tough measures including a night time curfew alongside the closure of schools continued to inhibit economic activity.

“The contraction was much lower than that recorded during the previous quarter largely against a backdrop of partial easing of COVID-19 containment measures that facilitated gradual resumption of a number of economic activities,” KNBS said in its quarter 3 GDP report published on Wednesday.

The hospitality and education sectors continued to bear the brunt of the pandemic as travel remained interrupted and school gates were shut.

The accommodations and restaurant sector for instance marked a 57.9 per cent contraction in growth following up a steeper 83.2 per cent decline in Q2 while the education sector shrunk by 41.9 per cent.

Moreover taxes on products declined by 4.2 per cent on the back of tax relief measures by government to cushion against the effects of the COVID-19 on the economy.

The economy however continued to find respite in the resilient agriculture sector which registered a higher 6.3 per cent growth from 5 per cent at the same time in 2019.

The standout performance was supported by increases in tea production, exports of fruit and sugar production according to the statistician’s office.

According to the KNBS, Kenya’s last recession — defined loosely as two consecutive quarters of declining GDP growth — was registered between June and September 2002.

The recession definition however defers in various quarters with the US National Bureau of Economic Research (NBER) describing recession as a significant decline in economic activity spread across the economy and lasting more than a few months.

The third quarter contraction however carried mixed signals with employment for instance rebounding with 1.8 million jobs created after 1.7 million job losses in the Q2.

The economy is however projected to have recovered in the fourth quarter to December anchoring better prospects for 2021 growth.

“Leading indicators for the Kenyan economy point to a recovery particularly in the fourth quarter of 2020, from the disruptions earlier in the year. This recovery is supported largely by strong performance in the agriculture and construction sectors, resilient exports, and continued recovery in manufacturing and services,” the Central Bank of Kenya (CBK) said in a statement on Wednesday.

“Against this performance and the favourable global outlook, the economy is expected to rebound strongly in 2021, supported by recovery in the services sectors particularly education, manufacturing, resilient agriculture and the ongoing policy support through the Government’s economic recovery plan.”

Political filth in ODM as a party

Miss P Reveals Her Inspiration Behind The Song ‘Baby Shower’