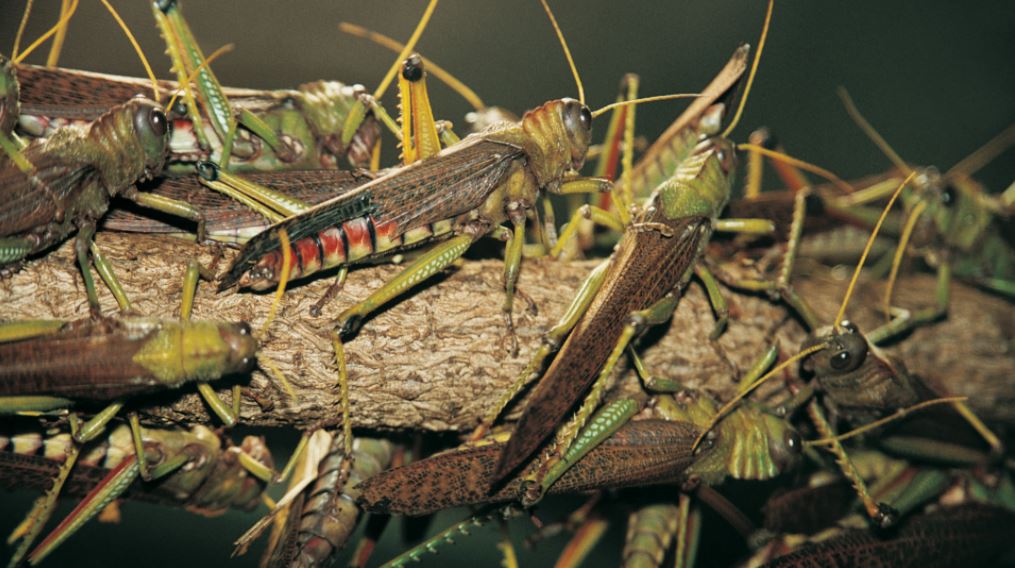 Kenya is bracing for a possible second swarm of the destructive desert locusts starting next week.

According to Agriculture Principal Secretary Hamadi Boga, the locusts have multiplied in Somalia, Ethiopia and Yemen, and are rapidly moving towards Kenya.

“The map and forecast from Food and Agriculture Organisation shows locust population have increased and they will enter the country starting this weekend,” Adolph Media quotes Boga.

The official however noted that Kenya is ready to tackle the spread of the desert locusts in the country.

Authorities have mobilised resources to ensure the insects do not cause havoc, including acquiring chemicals and aircrafts for spraying and helicopters mainly for surveillance.

According to a forecast seen by Adolph Media, the counties that will be affected by the invasion are Mandera, Wajir, Marsabit, Isiolo, Garissa, Tana River, Turkana, Tharaka Nithi, Embu, Meru and Uasin Gishu, Elgeyo Marakwet and Pokot.

“The invasion at the Coast region will however be minimal. The wave will be witnessed within Central and Northern Kenya. Part of the swarm is likely to move towards Tanzania because we have already sighted some in Taita Taveta and the wind is blowing towards the neighbour country,” warned Boga.

The government will also deploy National Youth Service (NYS) personnel to collaborate with counties to tackle the spread of the desert locusts.

Boga urged the public to collaborate with authorities in tackling the spread of the insects by giving information of their sightings early enough.