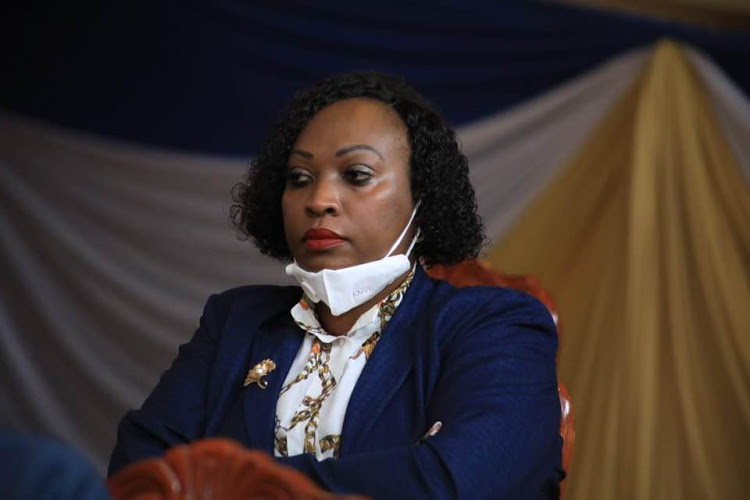 Anne Kananu, the Nairobi deputy governor nominee, has accused impeached Governor Mike Sonko of sponsoring a petition to block her from ascending to office.

At the same time, Attorney General Kihara Kariuki has urged the court not to block Kananu’s vetting, arguing that Sonko has no powers to revoke her nomination.

In her response to a case filed by activist Okiya Omtatah, Kananu claims that Sonko, upon nominating her, sponsored Peter Agoro to file a case challenging her nomination on grounds that he (Sonko) had been charged with graft and barred from accessing the office.

Initially, Agoro had filed a case to oppose her nomination but later withdrew it.

However, Omtatah filed a suit seeking to bar Kananu from being vetted, arguing that Sonko had revoked her nomination.

The case, she claimed, was meant to shield Sonko from impeachment.

Kananu was nominated by Sonko on January 6, 2020, to deputise him and the same communicated to then-Speaker Beatrice Elachi.

Before the Nairobi County Assembly could begin the process of vetting the deputy governor nominee, Agoro moved to court and obtained orders barring the exercise. He argued that Sonko could not nominate a deputy governor while he was facing corruption charges.

But in an affidavit filed at the High Court yesterday, Kananu accused Sonko of ill motive, saying he had feared that he would be kicked out once she was appointed to deputise him.

She argued that the impeached governor’s actions of sponsoring the petition against her were premised on the fact that he had no authority and/or power to withdraw the nomination once it had been tabled before the assembly for vetting, as the executive cannot meddle with House business.

Kananu said Sonko’s recent claim that he had rescinded her nomination through a letter dated December 7, 2020, was subjudice.

Gladys Wanga Accuse Opponents Of Vandalizing Her Billboard In Oyugis